LEGO Ninjago is very popular and lots of kids want a LEGO Ninjago birthday party. But it can be tricky to find official licensed party supplies. And of course kids want the real deal!

On this page I've included the best Ninjago party favors I can find including Ninjago books and small LEGO Ninjago sets. The original red Ninjago theme with skeletons is still popular and the new 2012 snakes theme with the green color is a big hit.

It's probably better to go for one nice Ninjago item and then just add some candy. This is likely to be better received than a selection of cheaper items.

There's a range of Ninjago Books available including first reading books - these are colorful with lots of pictures that kids will enjoy and they have large text that tells the Ninjago story. Parents will appreciate a party favor like this as well as the kids!

The Ninjago Reader books have a RRP of $3.99 but at time of writing they are on a 4-for-3 promotion at Amazon. It can be better to offer one good item in a party bag and just add a small item of candy.

There are other Ninjago books available too for older kids including graphic novels.

The new 2012 Ninjago spinner game (Spinjitzu) has booster packs. These packs include a minifigure, game cards, weapons, lego blocks and attachments for spinners including a crown that goes on the top.

They're like a complete Ninjago party favor bag in themselves. There are a few different kinds available so you can buy a mixture.

The new 2012 Lego Ninjago theme features the amazing lime green Lego color heavily. It works brilliantly with the snake theme and many of the Lego Ninjago sets include some lime green Lego bricks. But we never seem to have enough of this color for my boys to make all the stuff they want to.

So look for a collection of Lime Green Lego Bricks on eBay and sprinkle a few into each party bag. You could do this with mixed Lego brick colors too, but the lime green color is fantastic.

These LEGO pencils are actually from the LEGO City party range, but they work really well with the Ninjago theme because of the colors.

Kai the red ninja and Jay the blue ninja are favorites with kids and they'll enjoy these red and blue LEGO pencils.

Ninjago Sale at the Lego Store

It's also worth checking the Lego Store Sales and Deals

section at the Lego Store online. They often have Ninjago items on sale. These probably won't be the very latest Ninjago items but you might be able to find a bargain.

It's also worth checking for Ninjago party favors on eBay. You can sometimes find bundles of Ninjago themed items that work well as party favors.

Custom engraved chopsticks are an inexpensive and unique party favor that sen... 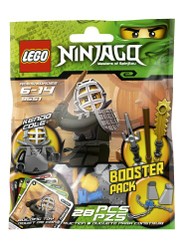 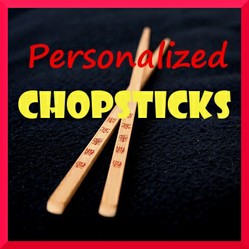 Custom engraved chopsticks are an inexpensive and unique party favor that send a personalized message to your guests.
26%  1   3 TerriRexson
Party Favors 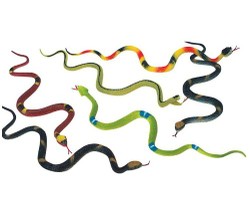