The faith of the general public in the democratic process is shaken in many countries when politicians become philanderers, thieves, and addicts.

There’s the story of the politician who married a drug-addicted prostitute and within six months he had dragged her down to his level.
In Britain, politicians are trusted by seven percent of the population (The Telegraph). In the U.S. they are one spot out of last place, just above car salespeople (Gallup, November 2012). Readers Digest in Australia found a similar lack of respect down under; in a survey of trusted occupations (June 2013) politicians came in 49th out of 50, just beating door-to-door salespeople. The magazine’s editor, Sue Carney, says “Politicians have never fared well in the trust stakes, but it seems Australians have had a gutful of our current crop.”
Politicians the world over have worked hard to earn such a lousy reputation; let us count the ways.

Libidos Out of Control

Of course, the most frequent way in which politicians get themselves into trouble is dalliances with the opposite sex. The world has recently been titillated by Anthony Weiner. The former U.S. Congressman and hopeful in the race for New York’s mayoralty has been outed as a serial sexter of intimate images of his manhood to women he’s never met. But, Anthony Weiner seems like a rank amateur when compared to some European politicians with over-active libidos. 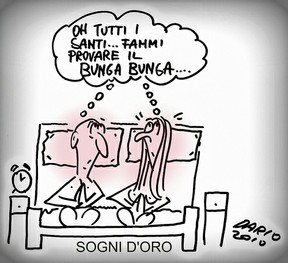 But here, marching up to claim the crown as the busiest Lothario of the political world, is Dominique Strauss-Kahn. His extra-marital activities became public knowledge in 2011. He was head of the International Monetary Fund and a favourite to become president of France when a hotel maid in New York accused him of rape; charges that were later dropped. However, as Time magazine (July 2013) reported, he “acknowledged attending sex parties in Lille but says he was unaware that the women who participated were prostitutes.”
Turns out the ladies were engaged in the world’s oldest profession and Strauss-Kahn has been charged with “aggravated pimping as part of a group.”
But, a creative early defence was offered by the lawyer for the accused, Henri Leclerk: “He (Strauss-Kahn) could easily not have known, because as you can imagine, at these kinds of parties you’re not always dressed. I challenge you to distinguish a naked prostitute from any other naked woman.”

Well, of course, that’s how it happened; haven’t we all experienced that sense of confusion when surrounded by nubile, nude people?
Although, given the absence of Madame Strauss-Kahn from the high jinks, the enquiring mind can’t help but wonder whether Dominique Strauss-Kahn thought it strange that undressed people other than his wife were in his hotel bedroom.

Okay, we all know the answer to that rather daft question asked in the sub-heading. The 19th century financier Simon Cameron said that “An honest politician is one who, when he is bought, will stay bought.” 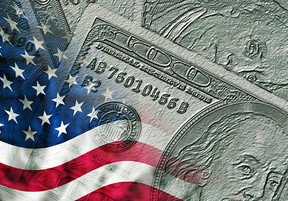 Few organizations know the truth of that better than the National Rifle Association (NRA) in the United   States. According to the Center for Responsive Politics gun rights groups, largely funded by the NRA, contributed $3 million to politicians during the 2012 election cycle. That kind of money clearly buys immunity from annoying gun control legislation that might get in the way of sales.

The oil and coal industries have deeper pockets than the NRA; these ensure that elected politicians don’t make their lives difficult with silly stuff like safety and environmental regulations. Figures from the Center for Responsive Politics show that these industries made contributions in excess of $9.5 million to federal politicians in 2011-12. Oil Change International shows a clear correlation between political contributions and the voting habits of those who receive them. A doctorate in political science is not needed to figure out in whose favour those votes are cast.

Politicians Lining their own Pockets

Others in a position to do so are dipping into public funds to finance their lifestyles. In France, former budget minister Jérôme Cahuzac has been facing some awkward questions about why has been stashing money away in a Swiss bank. Dominique Strauss-Kahn (Yes, him again) has been squirming a bit while trying to explain the role of banks in tax evasion. Also, people are wondering about the propriety of a €403 million payout to an ex-convict businessman with deep connections to former president Nicolas Sarkozy. Catherine Bremer writes (Reuters, July 2013) that “French politics seems awash in sleaze.” There is “the spectacle of public figures grilled over scandals that highlight wealth swilling about the corridors of power…”

Across the Atlantic, in the former French colony of Quebec, they’re having a lot of fun quizzing politicians with faulty memories about envelopes of cash that seem to come from shady Mafia-controlled construction companies and find their way into city halls.

The list of casualties is long and growing. In November 2012, Montreal’s Mayor Gérard Tremblay resigned amid allegations his party was taking a slice out of municipal construction contracts. His replacement, Michael Applebaum, lasted seven months before he was arrested and charged with 14 counts of corruption. The Economist (June 2013) notes that Applebaum’s “arrest brings to six the number of mayors and former mayors in Quebec facing charges of corruption, fraud, or gangersterism.”

Of course, many politicians have come unstuck over their fondness for mind-altering substances. Canada’s first Prime Minister, Sir John A. Macdonald, was a notorious lush. At an 1863 campaign rally he was in his cups so far that he threw up. His opponent pointed this out to which Sir John A. responded “I get sick...not because of drink [but because] I am forced to listen to the ranting of my honourable opponent.”

Sir John A’s drunkeness did not prevent him from being Prime Minister for 19 years. He eventually became unglued over a scandal involving the financing of the Canadian Pacific Railway. 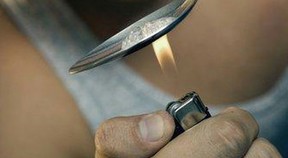 Fast forward to the current era and here’s Toronto’s rotund mayor Rob Ford behaving somewhat erratically at public events. In May 2013, stories emerged of a video allegedly showing Mayor Ford smoking crack cocaine. A small number of respected journalists saw the video and said it looked authentic and then it mysteriously disappeared.

But many politicians have acknowledged using illegal drugs and their careers have not been greatly damaged. In an article in The Guardian (November 2008) Rafael Behr lists at least 14 British sitting politicians who have fessed up to toking a spliff from time to time. None of them was required to resign.

The list of those in the U.S. who have enjoyed a joint includes: New York Mayor Michael Bloomberg (“You bet I did, and I enjoyed it”), Bill Clinton (“I didn’t inhale”), Barack Obama (“I inhaled often”), former Alaska Governor Sarah Palin (“I can’t claim a Bill Clinton”), and George W. Bush (“We had some pretty wild parties back in the day, and I just don’t remember”).

Behr notes that “If any politician was exposed as a chronic junkie, his or her career would be over immediately. The fact of addiction would be a disqualification from competent government.” But, they all seem to get a free pass on pot.

Theft and fraud usually lead for removal from office, but most politicians seem able to get away with sexual dalliances. As Louisiana Governor Edwin Edwards pointed out in 1983 “The only way I can lose this election is if I’m caught in bed with either a dead girl or a live boy.” Edwards won that race but got a 10-year sentence for racketeering in 2001.

Why Do Politicians Behave Badly?

With so much to lose it’s puzzling why so many politicians behave badly. Deborah Gruenfeld is a professor of Leadership and Organizational Behaviour at StanfordUniversity and she has some thoughts on why elected officials make bad personal decisions. She told WNYC that “when people find themselves in positions of power, they stop trying to regulate their behaviour. What you’re seeing really is a more true expression of the person in power.”

There’s some complex psychology at work here, but it seems power robs people of the ability to see things from the perspective of others. Professor Guenfeld says that leaders can become “very fixated in a single-minded way on the pursuit of their own goals. There’s a disinclination to think about how they’re being perceived by other people.”

Also, success in politics requires ambition, drive, and a willingness to take risks. These are the sort of qualities that can get someone into a dangerous liaison with a person of the opposite sex, cause them to dabble with illegal substances, or encourage them to help themselves to something from the public till.

Another reason why politicians sometimes behave badly is the same one the guides a burglar to break into a house and steal the electronic goodies – they think they won’t get caught.

So, politicians in Western democracies are almost universally disliked because of their behaviour, but let’s put their tomfoolery into context. By the standards of many in Africa, the Middle East, and Asia the politicians of Western democracies are squeaky clean. When the political opponents of Robert Mugabe’s government in Zimbabwe lose their lives, news of a Canadian senator pocketing $90,000 in a housing allowance to which he was not entitled seems trivial. When thousands of people die in an attempt to bring democracy to Syria, revelations that a Member of the British Parliament was paid £4,000 for asking questions in the House of Commons appears laughably puny. And, with Kim Jon-un causing starvation among the people of North   Korea, the news that various Western politicians have been found in the wrong bed is petty fare by comparison.

But perhaps, using Mugabe, Assad, and Kim as yardsticks is setting the bar too low.