Review of the Show Continuum

Continuum is a must see for any sci fi enthusiasts. It is surprisingly good.

I admit, I was a little skeptical about how good this show would be when I first saw the commercials for it on tv, but this actually turned out to be a very captivating show. The setting is the years 2077 and 2013, but most of the show takes place in the year 2013. But, make no mistake, there are still plenty of futuristic gadgets and things that they show off. I would definitely recommend this show to anyone who likes science fiction and futuristic shows.

What exactly is it about?

Ok, well it's hard for me to think of what to reveal about the show that wouldn't ruin the series for anyone looking to get into watching it.  I guess I'll just start with the basics.

Continuum follows most closely with a woman named Kiera Cameron who was a "protector"(the 2077 version of a police) from the year 2077.  In the year 2077 a terrorist group called Liber8, led by Edouard Kagame, has blown up a building killing 10,000 of the government officials, and are all sentenced to death for their crime.

In the year 2077 the government has been taken over by the corporations, and the protectors have many cool futuristic items, like a chip implanted in their brains to interface with a central computer.  They also have guns that seemingly materialize out of nothing(seriously a cool bit of cg and you have to see it to believe it), and super suits that can do a number of things, but not fly.

Anyways, at the place where the terrorist group is going to be killed, Kiera is watching over the event.  But, they had different plans, and somehow activated a device to send them back in time instead of killing them.  Kiera noticed what they were doing, and ran in to try to stop them at the last second.  So, they were all sent back in time to the year 2013, and Kiera's only confidant is the teenager Alec Sadler who had just created the computer system that can interface with the chip in her brain.  And, he is somewhat confused at first that someone is using the technology that he had only just invented.

In most episodes they will give a quick recap of events so far, usually ones that people need to know or would want to know or remember to understand the events in the next episode.  Then they will usually give a short flashback(or I guess for some characters it would be a flash forward) to events that happened before the time travel in the year 2077.  Then they will show the next set of events that happened in the year 2013.  My favorite part of the intro is when she says "What they didn't plan on, was me!".

Continuum on Amazon Videos on Demand

Link to season one below

Here are a few of the main actors in the show

When I checked Imdb none of the actors/actresses' names jumped out at me as familiar, but here are a few of them:

@marciag really? I didn't know it was made by a canadian. And yeah, I can't wait for season 3 as well.

@WriterArtist Yeah that would be cool, I've only just recently become aware of the fact that US shows don't get aired in other countries until much later.

@Yeah those links that I put in the article should take you to the amazon vod page of continuum.

This sounds quite good. I'll have to see if it's available in Britain, or online.

Love the theme of Continuum - my favourites are science, fantasy and fiction. Hopefully, they will telecast in my country too.

We started watching Continuum and were enjoying it. Somehow though we missed a bunch of episodes. Now I'm encouraged to catch up before the new season starts!

You got me there with one of the favorite shows :) I can't wait for season 3 to finally be ready! I've noticed recently Canadians to come up with some really cool shows like Continuum and The Listener, Nikita, Flashpoint and the new Primeval, they're all equally great. 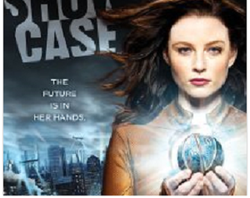