Runescape and its legal gambling for children

Runescape is an online game for children that has found a way to legally promote gambling to children. Let's find out how they achieved this.

If you don't want to read much further, here is how Runescape does it...

2. Create a barter system where players can exchange real money for virtual currencies.

Virtual prizes are not counted as gambling by bodies such as the UK Gambling Commission and the Australian Communications and Media Authority.

So by itself this is enough to sustain a gambling operation in Runescape.

However there is a problem. Not every player has access to a credit card to buy gambling spins/tickets/keys or whatever the gambling game requires. Children fall into this category. Runescape is aimed at the 13+ age market.

But what if players could buy an item from Runescape and exchange it with other players for ingame currency. In Runescape that item is called a Bond.

Every Bond in Runescape has been bought with real cash. They can be exchanged to other players for ingame items, and those other players can use them for gambling spins or other items such as extra membership time.

This allows players without access to credit cards to play Runescape as members and to gamble, if they can make enough ingame currency to keep buying Bonds from other players.

Which means if a player was to get addicted to gambling then it's easy enough to feed the addiction, just keep playing Runescape. No money required. Yet Runescape makes money.

Of the $130 million Runescape made last year, about $30 million was from this gambling.

Runescape is operated by Jagex Ltd. of Cambridge UK.

Runescape has had over 200 million accounts made.

It's worth noting that Runescape only banned gambling between players after Runescape had introduced Squeal of Fortune (now Treasure Hunter), because obviously the player run gambling competed with Runescape's gambling.

Runescape has a long and rich history.

Here is a link for those wanting a longer read...

The crux of the matter is that the ACMA and the UK Gambling Commission don't believe virtual money is worth real money.

Anyone who has played an MMO knows that virtual money can be bought and sold.

Even if that trade is against the rules.

In fact its illegal nature probably makes virtual money worth more.  Just as illegal drugs are more expensive when criminalized.

Mark Gerhard introduces Bonds because gold selling is so rife.

The law is an ass according to a character in a virtual world of Charles Dickens.

In the fast moving virtual worlds of today, the law is a laggy ass.

The UK Gambling Commission and the Australian Communications and Media Authority allow virtual gambling, because virtual prizes have no worth according to these two bodies.

Their belief is out of date.

Real money is a virtual concept.

We even have the concept of Intangible worth, such as Goodwill having real money worth.

The value of real money is in the mind.  That is why we have concepts such as haggling and bartering.  Everyone prices money differently.

Or to put it another way, Recommended Retail Prices are only a guide.

Worldwide we have 180 currencies of real money.  Which is realest?

Every second of every day their values change when compared to each other.  What causes these changes?  Guesswork and emotion.  The values are determined by the virtual space of economists trying to guess the future of various factors; such as the price of oil.

There is no concrete value to these currencies.  No reality.

There's not even a reality to the money in banks.

No bank could repay all the money deposited to it.  Not at once.  They don't have it, they have some virtual concept called worth, a leftover of Liabilities and Assets.

Meanwhile Runescape and World of Warcraft make many millions of real dollars selling these virtual things that have no worth, according to the ACMA and the UK Gambling Commission.  I would argue that people paying real money for virtual items automatically means the virtual items have monetary worth.

Virtual currency is another currency to add to our pile of 180 currencies.

I hope the good people from the ACMA or the UK Gambling Commission will one day use their debit, or credit, card to buy a latte and sit and think about how their pixels in a virtual space somewhere just decreased.

A short link for a long explanation of Plex...

A Plex is worth about 600 million ISK in EVE Online.

A Bond is worth about 7 million gold coins in Runescape.

The above pricing shows the direct relationship between virtual items and real worth.

Runecoins are another virtual currency used to buy cosmetic virtual items like outfits or pets.  EVE Online also has this extra currency for the same reason but calls it Aurum.

Runescape argues that Bonds were introduced to combat goldfarming; the practice of selling ingame virtual items for real money.  For a fuller explanation...

Mind you the argument that players are selling virtual items for real money still shows that virtual items have monetary worth.  But with Bonds Runescape now gets a piece of the action.

And it also allows every player an equal chance to gamble.

I tried to talk Runescape out of using gambling to raise revenue.  I think virtual worlds are supremely possible of becoming worlds of learning and education, which kids and adults want to explore.

I tried talking to Runescape for 512 days, which mostly shows I'm a slow learner.

One would have thought governments might be interested in foreign organisations running gambling operations in their countries.  At least from the viewpoint of missing out on tax money.

One would have thought bricks and mortar casinos would be interested in stopping competitors who have no need to comply with any gambling regulations at all.

Perhaps people are tired of wide eyed internet warriors exhorting us to, "Think of the children!".

Perhaps now we just shrug and blame the parents.

If the kid has them.

If you would like to do something, email the UK Gambling Commission and ask them to revisit their opinion on virtual gambling.

Here is their email...

UK Gambling Commission replies to me, and I to them.

Thank you for your email.

I can only reiterate what my colleague Mr Foster has advised on previous occasions with regards to this query.

Your highlighted sections still do not mention the ability to change in game money into real world currency, therefore the Commission’s stance on this matter remains unchanged.

I've previously mentioned the widespread real sale of Runescape currency for real cash.  Try this for your own enlightenment, Google "buy runescape gold".
You should end up with about 2,500,000 results.  A lot of them offering delivery faster than a pizza, and with 24 hour support.
The makers of Runescape say this is against their Terms and Conditions, but that doesn't stop the sales being reality.
One would be living in a fantasy world if one thought virtual currency wasn't worth real money.  Google "buy Warcraft gold" to double check.
I didn't expect you to change your belief, however I wanted to keep you up to speed on the latest development which allows players without credit cards to buy spins.  Handy for children.
Thanks again.

Unionism
We are all unionists. Every single solitary individual one of us.

Dearest Jo, we monsters love our Massively Monstrous Online Role Playing Games, it gives us a chance to play at being human. To pretend at emotions and loves we can never know.

Grief is not possible for us, but an eternal conflict is quite within our experience.

We expect this conflict to have a resolution much more quickly than that though. Next year sometime.

We have caused a lot of damage to Runescape in the last year or so, and for that we apologised to Mod Ash. It's not mere coincidence that our bans and some turbulence in Runescape's gentle journey coincided.

I'm sure Runescape will dismiss our ravings as those of a harmless ex player, a lunatic fringe of one.

They would be right, apart from the harmless part. I don't need to be we. But I do have support, which helps. And with a little necromancy I'm getting more.

Last year I began chatting to US casinos and lobbyists about online gambling and the threat it posed to them. This is all recorded in my posts or aticles or emails. Jagex I told too.

And by sheer coincidence things happened.

Somewhere in all those posts, articles and emails are clues to the other things I do.

I'm a gamer Jo, everything we humans do, we make a game of, in my view.

When Jagex banned us, they tossed us the ball and asked us to play hard. Without a clue to who we were. First thing we did was destroy the ball and make up our own rules.

Thanks to you I've made a little record of my thoughts over the last few months and tried being more public and positive. It appears I may be rusty at positivity.

Thank you Jo, we monsters do appreciate the odd human spirit, if only in spirit.

I have to say that I admire your tenacity. Jagex broke my heart when they ruined my game. I fought long and hard, then grieved and moved on. You kept the banner well and truly raised. Still right there with you in spirit. <3

They want me to show that people can turn virtual gold into real money.

I replied (and put the emails at the end of this article).

Not sure how best to show them. They would know if they played MMOs but how to show a newbie that the industry to turn gold into dollars is a thriving and real one?

I reserve that for the Tax department and it is always real! (heheh)

I organise the Wed. night bowling which just wrapped up for the year. We are scraping along barely making profit, but it's profit. It's interesting considering it as a problem, how to grow the club.

I'm confident I can do that, the major fun will be in seeing how it grows.

When you get to a meeting about lawn bowls it is like you have never lived. You become the unborn, a variant of undead.

Did you ring or write? Voice is better for an emotional impact. A few quavers, a cracked word or two, uneven breathing. It helps remind them that there are people out there, not just voters.

I play lawn bowls but have never lived as I haven't been to a meeting.
I tried tear jerking?
(sheeshs)

Ah, you need story telling skills Jo. I told them a tale of magnificent despair such as to make your tears wash your eyes from your head.

Then giggled like a malevolent child when they dropped the fine. heheheheheh

Fargy - they fine you! I have already been fined. Never think that they don't catch up with you, Jo 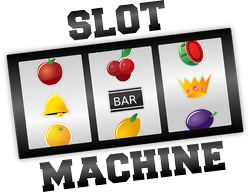