We are all unionists. Every single solitary individual one of us.

There is an old story about an old man with young sons who fought each other. The old man asks them to break a bundle of sticks tied together. They cannot. One son takes the bundle apart and breaks them all individually.

Unity is strength is the moral of the story.

But unity is more than just an old wives' tale about an old man.

Let's look at some unionists, under the microscope, literally.

Multicellular organisms, which we are, can get around limits imposed by size.  A single cell organism can only grow so large until it runs into problems.  Its surface area needs to take in more nutrients than possible to sustain its volume.

Multicellular organisms can also be diffuse in their roles and specialise for various tasks.

They can share the load and undertake more tasks.

Throughout nature we see how uniting works to help conquer the travails of life.

Herds of animals, flocks of birds, schools of fish.

The strength of unity is more than a man made idea.

When I was looking for an icon picture for this article, I entered the search term "unions".

I was flooded with pictures of Russia and Communism.  As if unions were some political thing.

Unions are not political.  Unless you are one of those who thinks every human activity is political.

Margaret Thatcher was a unionist, and a right wing Prime Minister of the United Kingdom.  That word "united" again.

She always sought assurances of unity by asking if people were;

"To be loyal means 100% acceptance of Government thinking: any dissent, or even admittance of doubt, is treachery and treason. After nine years as party leader and five as Prime Minister, Margaret Thatcher still asks the question, 'Are you one of us?', by which she means, 'Are you completely free of any doubt as to the utter rightness of everything we are doing?' It will come as no surprise that I am not 'one of us'."

How far do you go though?  Can striving too hard for unity create disunity?

And on the other side of this spinning coin...

What about your enemies?

If unity is strength, surely it makes sense to divide your foes.

We are all One.

We all want to belong.

We all want to be accepted.

But we also all want to be individual and special.

And here is where we can see what drives one group to contend with another group.

So we have men dressing up in bikie uniforms to contend with men dressed up as policemen.

Cops and Robbers, for adults.

Or Evil versus Good, depends which media unites your opinions.

In the end opposition only more strongly unites those you oppose.

Uniting is the best strategy.

And even though that urge to belong can be easily seen in our burning yearning for Facebook Likes and Twitter Followers, the urge to belong is deeper than a compilation of clicks.

It's called Farmers Union Iced Coffee, and was first launched in 1977 when "Farmers Union" was a co-operative of South Australian dairy farmers.

The drink is sold in McDonalds, KFC and Hungry Jacks stores around Australia.

Farmers suffer from not working together as well as they could.

The main example of that is the Coles and Woolworths supermarket chains working together to drive farm prices down.

They get farmers to compete against each other rather than for each other.

That's why you get 3 litres of milk at Coles and Woolies for $3, because some dairy farmer is going broke supplying it.  Milk that Foodland has to sell at around $6.  So those farmers that are going broke are also helping Coles and Woolworths kill off competing supermarket chains.

I live in an area called the Riverland, an area that runs alongside the Murray River in Australia.

Here are some union issues I read in a recent newspaper.

The Winegrape Growers Association had an article about how prices per tonne of chardonnay grapes weren't enough to pay for the cost of growing the grapes.

The Riverland Winegrape Growers Association is a Union.

Yet they would fight their employees forming Unions in an attempt to get more pay or better conditions.

And then grizzle about not being paid enough themselves.

Another article went on to mourn the loss of 28 jobs at the Ramco orange juice plant.

The workers were negotiating a pay rise and their owner, Coca Cola, decided to kill their jobs and reinstate the jobs in Adelaide, a city some 2 hours drive away.

In which case the workers union could be ambivalent, they would still have union members, and they would be easier to contact as the union is based in Adelaide.

The workers will probably have to move to find work.

Overall in country towns there is an issue of the drift to the cities.

Because people live in the cities and it's only natural to help those who are near you, because they help you.

The same thing happens in the country, but the cities have more people, more players on their team, more members in their union.

In the end country towns find they start losing funding for schools, for hospitals, that manufacturing goes elsewhere.

It's because of the Unions.

Unity is strength, if country towns want to survive and grow they need a bigger Union.

If the Riverland stays divided into grapegrowers, orangegrowers, employees, club and pub owners, tourist associations, sporting groups, school groups, and so on and so forth.

Then the Riverland is dead already.

Join a Union, it's in our genome.

Australia's Takeaway Wheat and Fishes
War is conflict between nations. Wars have many causes, but the strongest cause is wealth. Oil is an example. Food is becoming one.

A timely tale of three cities
Cities are large permanent settlements. Why do they lose their permanence?

Safety High Visibility
We wear high visibility clothing to decrease our chance of accidents. Let's look a little closer.
Updated: 01/29/2014, Fargy
Thank you! Would you like to post a comment now?
3

"Don't mobilise against him, he does that himself!!!!!" Well said.
But the burning issue is treatment of refugees - both Labour and Liberal believe in St Elmo's Fire - did you read Jo H's post last night ?
The interview describes Australia! We can't just let such abuse happen. Jo

I'd say Labor doesn't have to do much to win the next election. Abbot strikes me as a cantankerous man if he doesn't get his own way, and he's not good at hiding it. As Prime Minister he will run into a lot of people that will discover this in him.

His juvenile and uninspiring speech to world leaders recently shows some of that.

He needs imagination and feeling.

Don't mobilise against him, he does that himself. Provide an alternative that inspires imagination and feeling, the rest should sort itself out.

Basically you have to really believe and understand what you want, then the message will be seen as truthful by others. We are getting attuned to bullshit, and these days we all have a voice to respond with.

So the best policy is honesty. Given time constraints and people's limited attention span, humour is the best way of expressing that honesty. People get tired of earnest politicians boringly expounding on pointless hatred of the other team. Tony Abbott is like that still, as are his lieutenants.

Short, insightful messages. Humour and honesty wrapped in fact. I think that should work.

Hmmm. I am writing an article about what Australians can do to fight back against this government. You certainly make me think. How do you think Australia will get mobilised? I think protest marches get very little attention. Abbot seems completely out of control! Jo

Aye, a diffusion of the centralisation of power. But you have to take that power, you have to do something to get change. If you change nothing the change doesn't change.

Well! You always make me think! Perhaps that is the key - all the towns should unite and give the government a run for their money - A small town lobby - something like that, Jo

A union is a group of people with a united goal. So you need a common goal. Usually for small country towns it's a fear that all the teachers are leaving, the kids are leaving, the services like ambulances are getting thinner on the ground.

Normally you would look to a political party to fix this. But people get ingrained habits, they vote for their particular party all the time, when the evidence is clear that undecided seats get more love, and money.

Perhaps small towns should instigate "Who are we going to vote for?" debates. Try and refocus why people vote. Rather than just out of habit. Perhaps get people to look at focusing on voting for people who promise the best future for their town.

I am in a union. I join the union and then never think about it again. (much)
How will a country town get a bigger union? Jo 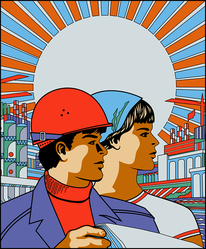 Willowbrook was a New York State Institution that officially opened in October of 1947. It closed it's doors almost 40 years too late in 1987.
Loading ...
Error!