Runescape by the numbers

Let's count the players of Runescape and tally what they want.

The world of numbers is a virtual world, just like Runescape. Every pixel in Runescape is a number.

Mods Ashleigh, Reach, MatK and Nexus are not afraid of a few numbers and have gone out to hunt some down from the playerbase. With the aim of concocting those numbers into a potion for 2007scape's future success.

The poll started for Old School on 11th November and ends 17th November, 2013.

The Jmods want to know about us and what we want for Old School.

The poll can be found just down a bit.

Quick chat then a look at the questions.

We are at the second day of the poll with another five days to go.

So it can be tempting to say we don't have enough data yet.

For the purposes of finding out where we are and what we want, then we have more than enough data.  Anything over 200 respondents starts giving a rough outline of where we are.  Any extra is not going to make any real difference to what decisions are made, and would not make the picture of where we are now terribly much clearer.

What is very important though, is that as many people as possible get to participate in the poll, even though results are pretty clear now.  Because participation is important, it will mean people have the knowledge that Jagex is in dialogue with players and will lead to further and broader discussion.

This poll is for 2007scape players, but gives a great example of how Runescape could be when it comes to player dialogue.

Each question only allows one answer, the JMods wanted players to be very clear on what was most important for that player.  Enjoy the read.  I'll meet you at the end.

If we look at the questions we get these answers...

3. Slayer is the most popular choice of skill at 28% of players.

5. Acquiring items and gold is the strongest motivation of 43% of Old Schools players.

6. 60% of Old School players are there because of the old combat system.

7. Most requested future update is for new monsters to fight at 25%.

So theoretically we should make an update that appeals to teen males, which is combat heavy and involves new Slayer monsters with lots of gold and loot.

But is it as simple as that?

Haven't we had lots of updates that are combat heavy and featured killing bosses and monsters for loot?  Things like Evolution of Combat and Dungeoneering spring to mind.

Aren't we at the point that most people are doing end game bosses?

Are we in some sort of feedback loop?

Let's look at the game developers of Jagex Ltd.

Let's look at the age and gender of the game developers.

That would be an interesting poll.  I'm pretty sure it's male and in the 20s.

Do we have a chicken and egg thing going on?  The game devs make content they enjoy and it's no surprise that players that like that content are similar to the game devs.

What is the largest segment of online social gamers?

Females in the 30-40 age group.  They drive Bejewelled, Candy Crush Saga, Farmvilles and so on.

They could find a home in Runescape, if Runescape could broaden their horizon a little.  I have reservations that Jagex could make this happen, but it's a possibility if Jagex can become less authoritarian.

What does new monster mean?  A reskinned monster in a new lair with a few new tricks and with loot that makes old items obsolete, which means the players have to kill the new monster.

This is old crap, any WoW player can tell you that Blizzard trick.

The questions with "new" in them might be a bit deceiving.  The new monsters will be old by the time someone has killed them 1000 times.  If it takes one minute a kill, the monster is old in a day.

Then the player wants a new monster, with new loot.

It's a loot loop.

It's wonderful that Ash, Reach, Nexus and MatK are reaching out.

This is how we begin to talk and how we can start seeing the problems from different angles.

Just from this poll we see that Jagex is specialising in one particular group of players.

What does that suggest?

It means they are chasing the money, the easy updates that give players reason to keep playing in the right now.

Jagex isn't the only one specialising in hunting young male customers, it means the market has more competition.  So more and more companies competing for the pockets of male gamers in their teens.

It's no surprise that once games that appealed to women became more available that we started to see a strong demand from a neglected market.  Zynga thanks them all.

Perhaps looking at the lowest responses is the real place to look in this poll.

I wish Ash, Reach, Nexus and MatK all the best.

The Lost Story of Runescape
Once upon a time there was a happy ending. Would you like to hear a story? Stay a while, and listen.

Runescape Community Communism
Words. Sometimes they trigger shorthand biases in our mind. Communism is one such word. Community is another. That bias can stop us thinking.

Deconstruct a JMod
It's critically important to understand how to talk to customers. Sometimes it doesn't quite work.
Updated: 01/31/2014, Fargy
Thank you! Would you like to post a comment now?
4

Aye, supermarkets shut down the corner store in virtuality and reality.

I've had soooo many lovely hours in Edgeville Bank, flogging ppots and rings of life to people with skulls over their heads. The good, old days.

I'm exactly that same way. I liked doing skilling and watching a river of conversation flow by.

Or running a little business for a time, selling PvP gear back in world 18 Edgy days.

As a woman in precisely that age group, I tended to meet a lot of other women in that age group. There used to be a lot of us in Runescape, but the way it went didn't appeal. I know that we can only ever talk of broad generalisations in these polls, but I rarely found an adult woman who enjoyed SoF type gambling and fighting bosses. We tended towards the rest of the game. 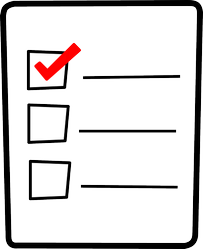