Words. Sometimes they trigger shorthand biases in our mind. Communism is one such word. Community is another. That bias can stop us thinking.

Community. But not as you know it.

Relax, I'm not going to talk about Jagex being one big family pulling together. Nor shall I mention teams lacking ego. I'll let your coaches and bosses rant that rant.

Don't prejudge me. (It's alright, you can if you want.)

Community. What does it mean? Perhaps we should take a look at that question before we rush off to put our soap box down in Hyde Park and spit out our hate of how the current Runescape community is a worthless bunch of do-nothing, lack-lustre cellar dwellers.

I see this as a very simple issue. Perhaps I'm wrong?

If you look at any definition of community you will see something about a group of people sharing something.

That something might be a geographical location, such as a city, or it may be an interest, like Pre-Raphaelite art (imagine Florence + The Machine in a painting).

For us, it's a group of people over the internet sharing an interest in Runescape.

A community is a social network.  We have to connect to be able to share.

Just like a team, a family, an MMO, or a commune.  Although your boss is hardly likely to like the last one.  And if you've been conditioned to leap into a zombie rage at the words commune or communism, please sit back down and I'll get us a cup of tea.

Every word can have these prejudices.  Community is one such word.

If you see the word "community" in a forum title, you know it's going to be a complaint.  That's a pre-judgement.

But this article isn't a complaint.

We are explorers here.  Not complainers.

We are a ship of fools finding out if there is landfall in this ocean of community.

The History of Community Complaints.

Well this seems to be an age-old complaint.  Let's go back to the time of Socrates and Plato, some 2400 years ago, one of whom said this...

It appears that Jagex may not have invented a disreputable community.  We cannot blame their Cambridge connections.  It may be that we have always had complaints about communities.  Perhaps ten years ago in Runescape we had scammers and haters and trolls, just like we have today.  And just like the leg-crossers of ancient Greece there will be complaints against them.

But that doesn't mean things are perfect, it just means we should relax and have a think about this, because ranting about it hasn't changed anything in 2400 years.

Here we are, all separate and all with a shared interest, and we all connect via Jagex.

Jagex is the hub of our social network in a practical sense.

Jagex operates the rules by which we share and connect.

If there are any problems with the community they will originate from the hub.

One of the main concerns seems to be that players are too negative.

So let's look at the process.

What happens when players are negative?

The worst thing you can do to anyone is ignore them, that's punishment.  Sent to Cambridge it's called, sorry, sent to Coventry I meant.

People would rather be punished than be ignored.  So by punishing people you reward them, if there are no positive rewards available.  The upshot is you get rewarded for spamming forums and other similar behaviours.  Whereas good posts get ignored forever, or maybe it only feels like it.

Let's look at the other side of the coin?

What happens when players are positive?

A happy player is a customer that Jagex can ignore and lets them spend more resources on unhappy players.

But Jagex isn't as bad as a government.  So players like getting attention.  Silly little things, like being first to post on a JMod thread.  People celebrate this.

Which shows how deprived players are of attention.  And how Jagex might benefit by more positive rewards for the community.

There is one example that Jagex might think is a positive reward but is actually a negative, and that's the whole Volunteer Moderator system.  Where your reward for obeying the rules is to become a police officer, bound to police the rules.  With a free baton to hit other players with.

I find that a negative thing.  Others may love it.  But that's the community for you these days, full of crazies.

All Jagex has to do, is change their balance.

Reward players more than punish them.

At the moment there isn't really a carrot, it's all stick, and a baton disguised as a carrot.

RerunScape
Repetition: the three laws of advertising. Apart from showing that marketers can't count, does this theory work for worlds of imagination, such as Runescape.

I'm a Runescape criminal. Let me inspire you
Feeling bored? A little listless in Runescape? A little ill at ease? Runescape is a game of imagination. Let's see if we can find that spark again.

Deconstruct a JMod
It's critically important to understand how to talk to customers. Sometimes it doesn't quite work.
Updated: 11/09/2013, Fargy
Thank you! Would you like to post a comment now?
2 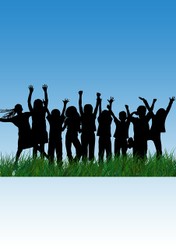