Repetition: the three laws of advertising. Apart from showing that marketers can't count, does this theory work for worlds of imagination, such as Runescape.

Ever wandered into an online multiplayer game? At first it's full of wonder and mystery as you attempt to find out what the hell to do, and how to do it without dying horribly.

And then the grind sets in.

The race to be top banana means training montages, lots of montages, where your character works out for years doing the most tedious drudgery to show how exalted and special they are.

Grind can be done by anyone, so it opens the market up to the most players. Patience and persistence are skills of their own, but would there be better ways of rewarding these skills? Of making this world of imagination, more imaginative.

Do we want this?

Wouldn't we rather tilt at these grinding windmills?

Bring some blood and fire to the game?

It needs no more than imagination.

What grind do you prefer?

But do we always see it?

Let's take a look at some types.

1. Item degradation; this is the need to replace powerful items, by either repeating content or paying some other price.

An example would be Dungeoneering weapons, needing gold or tokens to repair/replace the item.

In Runescape we live in a world of fantasy, where work is rewarded equally and fairly.  This is part of the appeal of Runescape.  That everyone is equal and that everyone can choose whichever path they want.  Including not grinding.

3. Boss killing.  Players aim to kill as many bosses as possible per visit.  The reward is more profit per dungeon run.  More efficiency.  Players actively work to make bosses a grind, to make them an efficient little slaughterhouse.  This is one reason why companies like Jagex start thinking players love grind.  And design rewards for it.

4. Champion scrolls are a reward for grinding.  Basically you kill about 10,000 of one type of monster and then hope for a scroll to drop, and then do it for other monster types that are all easy to kill.  But grindy.

5. Bots are a player reaction to grind.  Bots are automated scripts that do all the boring work for you, they can farm experience and/or gold while you sleep, or play more interesting games.

6. Prestiges.  This is one of those words that means something different from its dictionary definition.  In Runescape it was to be an indication of how well you could grind, in fact it still is.  Prestige in Dungeoneering is the method the players have to use to keep track of their grind progress and to make sure they grind efficiently.

Prestige was also a proposal to get players to completely rework entire skills, and was greeted with derision and once put to a poll, voted out.  Basically it was a lazy development idea.  Instead of Runecrafting 99, you would get Runecrafting 99 (2) and some sort of cosmetic reward that nobody would recognise, because Runescape is full of random cosmetic rewards from the pay-to-win options in the game.

7. 2007scape.  This was a Runescape update to give players a chance to start again.  To do over what had been undone.  Partly a response to player demand for older servers for their different rulesets and partly created as an escape from some highly unpopular updates.  It's proving somewhat successful with about one third of paying members using that game version.

I kid.  Just marketing you.  You can relax.

But there is more.

Too much to bore you with.

The temptation of repetition.

As we saw with the proposed and rejected Prestige update, game developers can fall into the trap of repetition.

They become blase and think players are mindless zombies, while at the same time thinking how cheap it is to make repetitive content.

The old saying goes if you repeat the same actions and expect different results, then you are insane.

From a developer point of view though, if we put ourselves in their smelly shoes, we can see how repetition is insanely attractive.

Computers are good at doing the same thing over and over.  Want some monsters to respawn so the player can kill them again?  Not a problem.

Everything is much more controlled this way.  Repetitive, but controlled.

When players get into the game, things become uncontrolled.

Jagex pounds on bots, beats them to death, and shoots them with laser rifle shark bombs.

And the bots rise up from the ground.

And Jagex bombs them again.

It's a repetitive game of its own.  And Jagex seems insanely addicted to it.

As if, one day, something different may happen.

So it's not just players that get addicted to repetition.  We get into a repetitive cycle.  Players ask for repetition.  But at the same time they also ask for the most effective repetition.

What we end up with, is what we have.

A game where a few paths are chosen until set objectives are scored and then a handful of boss monsters are left as "end game" content.

After which one grinds out making money until Jagex comes out with something else to grind.

Runescape has become ground down.

In the beginning the grind was in the background.

You had goals; adventures happened along the way.

Chaotic ungrindy adventures, because they involved other players.

Trying to work out a quest together.

Trying to run a business selling cow hides or herbs or perhaps one of the other 15,000+ items in Runescape.

Grind is the foreground now.

The Grand Exchange lets us sell and buy efficiently so we can get back to grinding monsters.

We watch youtubes while flicking tabs to Runescape every so often to click again.

We read quest guides, if doing the quest is helpful to grinding.

Jagex helps us out, because it's what we want.  We want grind.  We want a new boss to grind so we can sell the drops for heaps on the Grand Exchange so that we can get money for...

...not really sure.  But it's always nice to grind a big pile of money, isn't it?

Runescape is a fantasy.

One where things can be safe and predictable.  And repetition allows that.

The real world is full of change.  It's nice to have a warm haven by a glowing monitor.

But it's also nice to have a laugh with someone who said something surprising.

Jagex can't program that in.

Jagex can build in a world of rules, that's easy, computers can do that.

But if we as players cling too tightly to wanting repetition then we squeeze the life out of Runescape.

It's up to players to change things.

Jagex has no player council.  It has no forum where players can talk about Runescape design.

Perhaps if we had those things, we could avoid repeating some mistakes.

It would be nice to make new mistakes.

Runescape's Unheard Voices
It's common for people to ask for constructive feedback. But what does that even mean? 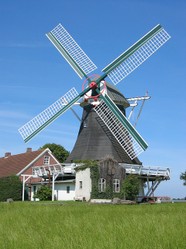 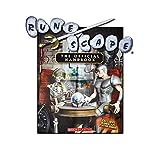