Wedding Rings for a Same Sex Marriage in the USA

Are you looking for gay wedding rings? The Countdown Collection declares your commitment, while acknowledging that we're living through historic times too.

Across America, love is triumphing. Barriers to a gay marriage are toppling like so many stacked dominoes, as people in the 21st century can no longer reconcile liberty with inequality.

Those same sex couples, walking hand in hand down the aisle now, are the vanguard. They are the pioneers, who will be able to tell future generations that they were there. Their union was not merely a personal commitment to their partner. It paved a pathway along which those who follow will find the going so much easier.

Many will opt for a traditional gold band to wear on their left index finger. But there are options for those who want to honor the bigger picture too. Check these out.

US State Wedding Rings for a Gay Marriage

As history unfolds before our eyes, you can mark the occasion with commemorative wedding bands for same sex couples. 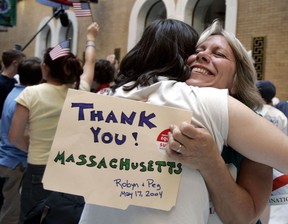 On May 17th 2004, Massachusetts became the first US state to legalize gay marriage.

That quite remarkable Supreme Court ruling - Goodridge versus the Department of Health - formed the gateway through which the rest of the country could follow.  It constituted a touchstone of liberty and freedom for gay Americans, and the first solid hammer against a great wall of inequality.

At the time of writing, fourteen states have followed the lead of the pioneering Bay State, along with five First Native tribes.  That was achieved in less than a decade, and it's still on-going.  Who knows how many US states will have embraced equality in another ten years hence?  Maybe all.

The wedding band pictured above was designed to honor Massachusetts, and its historic role in forcing open those marital floodgates in the USA.  It's forged from cobalt with black diamonds.

All of Proposition Love's wedding bands are hypo allergenic, as well as scratch and tarnish resistant.

Anyone who knows the history of gay rights around the world will grasp the significance of the triangles.  They represent a tremendous journey of courage over adversity, transforming terrible persecution into an international kicking down of the closet doors.

The triangle's use as a symbol for homosexuals started in tragic circumstances under the Nazi regime in Europe. The Third Reich rounded up all gay men and women for transportation into concentration camps. They were required to wear pink triangles sown onto their garments. Many did not survive until liberation.

While the Nazis may have intended the pink triangle to be a badge of shame, the next generation of gay activists made it a badge of freedom.  It's carried those men and women who wore it from death camps to a marriage altar within sixty years.

No wonder it symbolizes Pride. We really have come a long way.

Wedding Bands for Gay Unions in Connecticut, Iowa and Vermont

As each state came on board, one jewelry company created a new wedding ring to celebrate every momentous ruling. 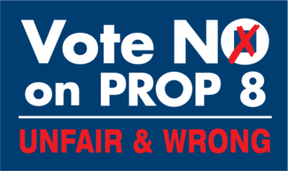 Proposition Love is a fine jewelry company based in San Francisco. The couple who run it were married there in October 2008.

Only a handful of days later, Proposition 8 struck, temporarily rendering their union illegal. The ink was barely dry on their wedding lines. They were probably still on their honeymoon!

But these gentlemen turned the buzz kill into something positive.  They channeled their talents in jewelry making into fighting the good fight.  Out of an environment of repression and hatred came items of exquisite beauty.

In addition to their general, run of the mill Gay Pride jewelry, they made wedding bands for homosexual couples.  It was the perfect response to those who'd try to make gay marriages go away. These beautiful pieces were made to last.

Every time another US state joined the ranks, the Proposition Love guys paid tribute with another same sex wedding ring.  Every state has its own unique design.

A lovely note to add is that they put aside 10% of the profits on all of their jewelry.  That goes into funding an array of charities and campaign groups.  These naturally include those working towards marriage equality throughout the USA, as well as those fighting for more general gay rights.

And an even more wonderful addendum is the knowledge that Proposition 8 was ultimately overturned in California.  The couple behind Proposition Love are now legally married again!

A marriage is an investment in life itself. But these wedding rings - immortalizing our amazing times - could well become financial investments too. 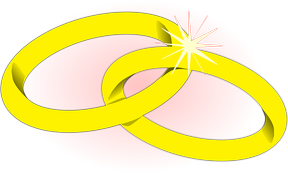 The Countdown Collection is the name given to the whole range of Proposition Love's Marriage Equality wedding rings.

It is hoped (dare we say anticipated) that they will eventually number fifty bands in total.  Each one honors a tremendous Civil Rights Movement for the LGBT communities involved.  Their arrangement will always match the order in which equality was attained in each US State.

Decades from now, when gay marriage is an unremarkable part of ordinary life and future generations wonder what all of the fuss was about, the Countdown Collection will provide its own testimony.  People will look to see where their home state came in and will cheer or cringe accordingly.

Given the prices involved in purchasing every ring, I doubt that anyone will collect them all. But each individual wedding band could well be an investment too.  Not only in finally being able to commit to your beloved spouse - as monumental as that is too! - but as an heirloom.

I'm no antique dealer, nor do I claim any knowledge of the futures market.  Yet the value of gemstones and precious metals rarely depletes; and when a ring has been created with history in mind, then I wonder precisely what kind of price-tag will eventually be attached to something from The Countdown Collection.

Though, of course, a wedding ring isn't bought with profit in mind.  At least in terms not measured in kisses, companionship and love.

I'm really just putting it out there.

More about Gay Weddings and Same Sex Marriages on Wizzley

Male Wedding Cards for Gay Couples
Have you been invited to a wedding with two grooms? Check out these gay marriage cards for men, to find the perfect one to mark their big day.

Wedding Gifts for Gay Men
Are you looking for gay wedding gift ideas for two grooms? Check out this selection with presents to match any wallet.

Same Sex Marriage in Ancient Rome
Gay marriage is not a modern idea. Throughout the height of the Roman Empire, it was not only commonplace, but sometimes mandatory.
Updated: 05/14/2014, JoHarrington
Thank you! Would you like to post a comment now?
9

We really need to find out about this!

Really? Now that explains things. The left index finger. It may not be restricted to wedding bands. Not sure, though.

I may have known about gay marriages in the ancient classical world, but I didn't know it was the left index finger for modern gay wedding bands!

Well, I never realised that it was the left INDEX for gay guys. I must look more closely next time... by the way, gay marriage was a part of the Roman and Greek Ancient lifestyle, as our author knows (she's written articles on it) and indeed many eminent Ancients were married straight for the progeny and gay for the love of their partner.

That's what struck me about these rings - the symbolism. Yes, they are beautiful rings, but the historical significance makes them so much more too.

My sister is engaged to a wonderful woman. I'm wondering if she would be interested in these. I'll have to suggest them. I love the symbolism used.

I keep getting ideas. Some way more feasible than others.

Wow, you're approaching 500 articles! I wonder what you'll be writing on for your 500th :D

You're very welcome. Thanks for reading.

I'm always learning interesting things from you. Thanks for the article!:)

The love and commitment is real, yet there's another kind of Pride to exhibit...

The question has been popped. The date has been set. Now all that remains is ...

Irish Claddagh Rings: A Love Token for your Gaelic Man

Originating from Galway, in Ireland, Claddagh rings were historically worn by... 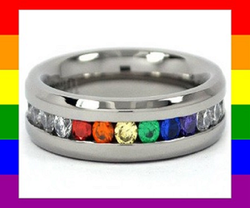 The love and commitment is real, yet there's another kind of Pride to exhibit in your same-sex union. These gay wedding rings score political points, cheaply!
62%  7   6 JoHarrington
Same-sex Weddings 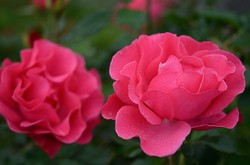 The question has been popped. The date has been set. Now all that remains is to arrange the best day of your lives! Wedding planners for gay couples might help out here.
97%  8   11 JoHarrington
Wedding Bands 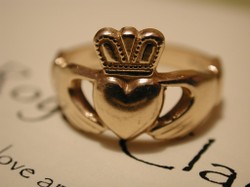 Irish Claddagh Rings: A Love Token for your Gaelic Man

Originating from Galway, in Ireland, Claddagh rings were historically worn by men. They were clues towards love and friendship (and politics).
Loading ...
Error!