St David's Day as celebrated in a Cardiff school

St David or Dewi Sant is the patron saint of Wales and his day is 1 March. Daffodils and leeks are worn then as emblems.

Childhood memories of St David's Day
I was born and bred in Cardiff the capital of Wales and went to school at Llandaff City Junior School. St David's Day is something I still have memories off although I hated school and although I am now in my '50s.
St David's Day is a well-known celebration in Wales because St David, or Dewi Sant, as he is called in Welsh, is the patron saint of the country and 1 March is his special day.
I am not sure why that should be or why he was selected as the patron saint of Wales but I do know there is a Welsh city called St David's down on the coast of West Wales. It has a cathedral that I visited on holidays with my family when I was a boy.

Where to buy The Ash Grove

Llandaff has its own cathedral too, making it a city within a city. Llandaff, although a village suburb of Cardiff, has city status because of its cathedral just like St David's is a Welsh city too.

The daffodil is a Welsh emblem and they grow in gardens by the village green and in Llandaff Cathedral cemetery.The daffodil is very much a sign of spring and so St David's Day is also, in many ways, a celebration of the season as well, although the first day of spring officially isn't until the 21st, which is the Vernal Equinox and just happens to be my birthday.

On St David's Day I remember that we could wear a daffodil or a leek pinned to a school blazer lapel.

You could buy ready-made small leeks made out of felt with a green top and a white bottom. They were a pleasant alternative to the rather smelly vegetable emblem.

Most boys used to prefer to wear a leek to a daffodil because flowers were thought of as for girls. I used to love flowers so wasn't worried about what the other boys thought anyway.

I remember the teachers used to have a vase of daffodils on their desks on St David's Day.

The Ash Grove by Ken Middleton

I also remember that we had St David's Day school celebrations and a song we used to sing was The Ashgrove (Llwyn Onn). Some of its lyrics are about memories, so it is rather apt that I include it here:

"The ash grove how graceful, how plainly 'tis speaking
The wind through it playing has language for me.
Whenever the light through its branches is breaking,
A host of kind faces is gazing at me.
The friends from my childhood again are before me
Each step brings a memory as freely I roam.
With soft whispers laden the leaves rustle o’er me
The ash grove, the ash grove alone is my home."

This was all a lot of fun and made the day more interesting but the best thing about St David's Day was we got the afternoon off as a half-day holiday.

Llandaff Schooldays - memories of childhood in a South Wales v...

Schooldays in the village of Llandaff as remembered by Steve Andrews the Bard...

Bute Park in Cardiff is often called the Castle Grounds and is very near Card... 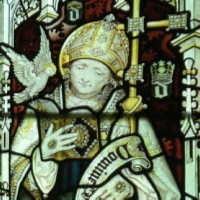 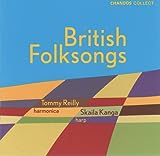 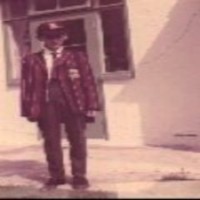 Schooldays in the village of Llandaff as remembered by Steve Andrews the Bard of Ely. Llandaff is a city within a city as well as a village.
25%  0   3 BardofEly
Activism

King Arthur Pendragon is not just a Celtic character of myth and legend but is a druid leader, eco-warrior and activist currently protesting at Stonehenge.
14%  0   2 BardofEly
United Kingdom of Great Britain and Northern Ireland 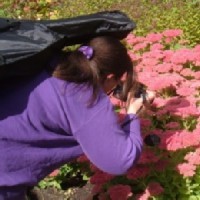 Bute Park in Cardiff is often called the Castle Grounds and is very near Cardiff Castle, as well as being on the bank of the River Taff and near Cardiff City centre.
Loading ...
Error!