Many people study dreams and there are many theories about what they mean. Dream analysis is the subject of many books.

Dream of seals and a cat and dog:
I had a recent dream that only had animals in it and was so vivid that it woke me up and I wrote it all down. The cat that was in it reminded me of a cat a friend has recently lost and I wondered if this was him in his afterlife?
Although the dream was very short it was in stages and left an impact on me because of its clarity. I don't know much about what dreams mean though or what the symbols displayed in this one are telling me. Mine are always in colour though and always have been.
Many people have all sorts of ideas about what dreams mean and there are lots of books on dream analysis. My dreams are usually so strange and surreal I haven't a clue what they are about. I don't usually bother to spend much time of trying to figure them out but just get on with my waking life as best I can.
Anyway, I thought I would share this one and see what some of you reading this make of it all.

Dreaming of a crystal wand

The following dream was experienced on 8 May, 2010, and woke me up and I wrote it down immediately. It was such an emotionally powerful experience, even though I don't claim to understand it. I just felt I ought to write it down while I still could remember it all clearly and share it here now on Wizzley.

I was walking and climbing over some cliffs by the sea in a place I didn't recognise. Each time I looked towards the sea and the small beaches or coves that appeared I saw groups of seals on them. I was surprised to see so many seals. I had a feeling of renewal.

I next spied some beautiful quartz type crystalline rock on the cliffs. There was a long piece that was multi-coloured and multi-faceted. I thought it would make a brilliant wand of crystal and snapped it off. I gazed in wonder at the rainbow colours. Unfortunately I dropped it and it shattered.

I carried on walking and came to a place like a farm with a field and a large wooden house. A large ginger cat was on the grass and he miaowed and came to me. I wondered if he was my friend Anna's cat Pud who had recently passed over. If he was, it was a younger version of him. I went on into the field and the ginger cat followed. A big dog bounded into the field too and I worried he would get the cat but he didn't.

There was some sort of curtain or fence between the field and the area with the big house in. I thought the cat wanted food but I had none so thought it would get fed by the people in the house later on. Ileft to make my way back and had to pass through another curtain to leave.

I felt calm but woke up anyway and felt impelled to write this down and so I did.

Many people believe in dowsing which can be used to look for water and there ...

Remote viewing is a form of psychic ability that anyone can learn with practi...

Dowsing With A Pendulum

Dowsing with a pendulum helps you access information from your subconscious m... 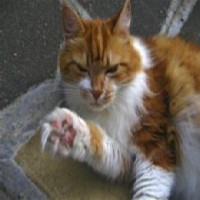 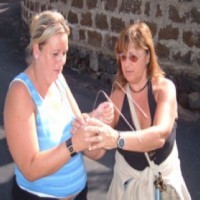 Many people believe in dowsing which can be used to look for water and there is a belief too in ley lines and a mysterious grid of energy pathways said to be laid out on the land.
23%  3   2 marciag
Psychic Readings 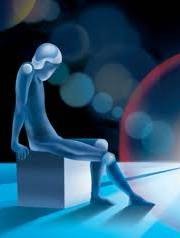 Remote viewing is a form of psychic ability that anyone can learn with practice, even if you've never had any psychic skills before. It can be developed by following a few steps.
14%  0   2 marciag
Psychic Readings

Dowsing With A Pendulum

Dowsing with a pendulum helps you access information from your subconscious mind. It is a great tool for divination and for finding missing objects, like your car keys or ring.
Loading ...
Error!