Inspired by CS Lewis, it started with a dream that became a story and hopefully will become a book. It is about a boy called Pip and how he entered a strange world.

Upstairs and what Pip discovered there
Pip made his way up the staircase wondering what he was going to find. At the top he found himself on a landing with two big doors that were open and that appeared to be all that was there apart from the top of another stairway that led down to some lower level but obviously not where he had come from and another staircase going upwards.
There was a man with a long grey beard dressed in a violet-purple robe standing at the bottom of the stairs going up and at the top of the one going down. He looked both old and young at the same time. His beard and hair were grey with age but his complexion was radiant and young and his eyes had a sparkle in them.
“Hello,” said Pip, “what is in these rooms and may I go in them please? I see the doors are wide open. And where do the stairs lead?”

“I am the Stair-keeper” replied the man, “and yes, you may enter the rooms on this floor and in them you will find the souls of kittens and puppies waiting to be born in your world.”

“But what about the stairs?” Pip asked again.

The Stair-keeper was hesitant but in a serious voice replied: “You may use the steps going downward to find your way out but the ones going upwards you are not ready for yet. There are many experiences you have to go through and many lessons to be learned before you will be allowed, but one day your time will come.”

Buy the Chronicles of Narnia

Pip felt glad that one day he would be allowed but he wondered what he was going to find there when he would be permitted to go there. Right now he was also wondering what the souls of puppies and kittens were like so he said that he wanted to find out. The Stair-keeper told him that he could go into the rooms and have a look but not to touch anything.

Pip went into the room with the souls of the puppies in it. A strange sight was waiting for him. Where he expected to see a carpet, linoleum or wooden floor tiles he saw a lush green lawn. The room was much much bigger than he expected and appeared to stretch out on all sides so far into the distance it was impossible to work out how big it really was. It didn’t make any sense that such a massive room could be just one of the rooms upstairs in a house that didn’t look big enough, but since Pip had been in this weird world he had found that things didn’t follow the ways of the world he had left behind. They simply were as they were.

All over the grass were hundreds and hundreds of puppies running about and making little puppy-dog barks and playing the sort of games you would expect them to. Some were chasing each other whilst others were rolling on the grass. As he looked at them though he realised that there forms kept changing. Each puppy was one sort of dog and then a few seconds later it became another. What started out looking like a Corgi would be a Dachsund a moment later or perhaps a Yorkshire Terrier. Their fur would change colour and grow long or shorter as he watched spellbound. He had never seen anything like this before apart from in films about fairy-stories and other fantasies where humans, animals and magical beings transform.

Pip was fascinated by what he saw and so wanted to reach out and touch the puppy-dogs he saw but he remembered what the Stair-keeper had told him and decided instead to go and have a look in the other room. Entering the next room Pip was just as amazed to see hundreds of kittens playing about on a big space of grass where a carpet would normally be. Just like the pups it was impossible to say what type of cat each one was because their appearances kept changing. The only thing that stayed the same was the basic kitten form. An idea popped into Pip’s mind that maybe these changes represented all the possibilities for each kitten in its new life ahead but this wasn’t for definite yet because they were spirit bodies? He had found that since he had entered this very strange world that equally odd notions were coming to mind like some sort of new learning experience.

After a while he decided to continue on his way so he bid goodbye to the kitten and went back out on the landing where he also told the Stair-keeper that he was going to be on his way.

A tree of questions

“Look out for the Questions Tree,” said the Stair-keeper.

“What is a Questions Tree and how will I recognise it?” asked Pip, but the only answer he was given was “You will know it when you see it!” Saying this, the Stair-keeper smiled, winked and pointed to the stairway leading down.

Pip got the idea it was pointless repeating his question so he reconciled himself to finding out when he discovered the mysterious tree for himself. He made his way on down the stairs and saw a large double doorway. It was really massive and not the sort of size for doors you expected or needed just to get in and out of a house, but by now Pip had become accustomed to the strangeness of a lot of what he was finding in this world, and the weird people he was meeting.

Pip couldn’t see any handle or way of opening the huge doors that completely dwarfed him but he thought he might as well try pushing. So he pushed, and immediately the doors swung wide open revealing steps going down towards lawns and flower borders. It looked more like a park than a garden.

Stories can be inspired by our dreams and vice versa because many people drea... 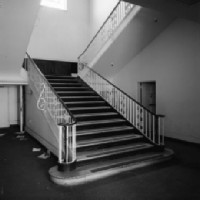 Stories can be inspired by our dreams and vice versa because many people dream of writing a good story. Pip's Great Adventure began that way, in the dreamworld.
13%  0   2 BardofEly
Visualize