After Prohibition was passed, a set of racketeers began to trade alcohol, including Al Capone. To take them on a special unit was formed at the Treasury department.

After Prohibition was passed, a set of racketeers began to trade alcohol, including Al Capone. To take them on a special unit was formed at the Treasury department. Led by Elliot Ness, they became known as the Untouchables.

Taking on men who would stop at nothing, including bribery, blackmail and murder, unable to trust the men outside their own team, the Untouchables' battle against the racketeers has become the stuff of modern myth.

Elliot Ness and his men

Realising the problems with trying to enforce the law, Elliot Ness, an up and coming official known for his outspoken anti-corruption views was recruited to clean the town up. He was told to pick his own officers, form a team and take on Al Capone.

Going through the records to find people who were not corrupt, he had a shortlist of fifty names. Some he rejected because they had families, others simply on gut feel, and initially he formed a team of nine officers, named in his biography:

And one unofficial member: his driver, Frank Basile.

Two other officers are often mentioned as members of the Untouchables:

The first step was simple. By tracking back the trucks carrying beer to known speakeasies, Ness discovered the location of several stills and raided them. He then got lucky and found a location he could wiretap to eavesdrop on the mob, providing him with information. His successes began to mount.

An attempt was made to bribe Ness through a mob agent, which he forcefully rejected. As they offered $2000 a month, and he was only earning $3000 a year, this highlighted how much the mob had available, and the damage he was doing.

The Mob retailiated by putting a tail on Ness and his men, and offering rewards to anyone who saw them. After failing to bribe Ness, the mob turned to his men. Two of the as-yet unnamed team were surprised by a packet of money thrown into their car through the window. The enraged officers sped up, caught the car it came from, and lobbed it back full force.

Ness released this to the press for useful publicity, and the team were promptly dubbed "The Untouchables".

The war hots up

Now in the public eye, Ness arranged a parade of all the trucks he had captured in his raids passed Capone's hotel. In Ness' biography it states that Capone lost his temper, and began screaming "I'll kill him!". If true, this was when the attempts began.

Eliot Ness' driver was shot and murdered. Later Ness discovered a car bomb in his car. A double agent they had planted within the mob had to skip town when his life was threatened - not because he was discovered but because he failed to provide accurate enough information on Ness.

And through it all, Ness continued methodically raiding and shutting down breweries. One of the largest they found by accident, when a woman reported an odd smell at the paint factory next door. When they raided it, the still took up three floors of the building.

It was music to Ness' ears on the wiretap the day one of the racketeers replied to a speakeasy that they could not send them any beer, since they did not have any.

The Untouchables were winning.

The fall of the Chicago mob

Without the money to continue to supply bribes and pay officials, the mob's influence began to wane. Ness pressed his advantage and continued to attack the speakeasies and breweries.

However the treasury department was working on two fronts. While Ness was eroding Capone's public influence, the IRS were investigating his private affairs and discovered he had never filed a tax return.

In 1931 Capone was arrested for income tax evasion. His influence and resources reduced he was convicted and sentenced to ten years' hard labour. Released in 1939 his influence over the crime syndicates had gone, and he retired to his home in Florida where he died in 1947.

The later career of Eliot Ness

With Al Capone in jail, the Untouchables were disbanded at the end of 1931. In 1933 Prohibition ended, removing the lucrative market the racketeers depended on.

Eliiot Ness went on to become Safety Director at Cleveland in 1938, putting him in charge of police and fire. Once again he went after the mob, but also after a serial killer the "Torso Murderer" who was never caught. Running for mayor unsuccessfully, and performing a range of other duties, Ness's life never again reached the heights of his fame in the Untouchables.

He died in 1957 after working with Oscar Fraley on his authorised biography. It was published a month after his death.

The Film by Brian de Palma

The Untouchables on the big screen

With an all-star cast, including Kevin Costner, Sean Connery and Robert De Niro, this follows the outline of the story, although it is condensed for the screen. The Untouchables are reduced to four in number (Eliot Ness, Jim Malone, Oscar Wallace and George Stone), by combining several real people into each fictional member. Certain events are omitted while others are invented.

The Untouchables - the series

On the small screen

Based on Ness and Fraley's book, the show ran for 118 episodes from 1959 to 1963, and was incredibly popular. Under constant attack from Italian Americans (including Al Capone's family), the show countered this by showcasing Agent Enrico Rossi, the Italian-American in Ness' team.

Ness and his team never went up against many of the adversaries shown, and this is a highly fictionalised account. The series also features significant amounts of violence for one created in that era.

Starring Robert Stack, this series is now available on DVD. (Season 3 and 4 are limited availability). With solid 4 and 5 star ratings, it's well worth a look.

The one man Broadway show

The one man Broadway show

Most recently the Untouchables was performed as a highly regarded Broadway show.

Michael Cornelison performs Max Allan Collins' one man show "Eliot Ness: An untouchable life". Some sections are lifted directly from Fraley's book, such as the bribery attempt by The Kid, Ness's double agent.

This article is very definitely a summary of the Untouchables, since trying to fit several years of operations into one lens is tricky.

If you think I've missed something, have resources about the Untouchables that I should put on here, or just want to comment, this is the place!

Comments from the Old Guestbook

This article used to be on Squidoo prior to Hubpages takeover, and has now moved to Wizzley. These are comments salvaged from the old guestbook:

I used to love The Untouchables on TV. Very interesting and informative lens, great job 5*

Congratulations on your Purple Star! - Kathy

ArtByLinda 5 years ago from Idaho

Very interesting lens, I can see you put a lot of work into it. Well done! Congratulations on your purple star, Bravo! Linda

PromptWriter 5 years ago from Eastern Ontario

Congratulations on the purple star!

I just seen the title of this and had to visit. You have made great lens about a great movie. I grew up watching the Untouchables! I love this!!!! - Congratuations on the Purple Star! :)

Great lens - you've been blessed by a squidoo angel :)

I really enjoyed this lens, and would love to have it part of my group All Things Chicago - please feel free to add - http://www.squidoo.com/groups/allthingschicago

Loved the TV show and this is a thumbs up lens!

Very fun lens, and full of interesting photos and facts. I enjoyed the visit, and I'm not under the influence of alcohol.

In Ontario, Canada they were slightly hypocritical. They couldn't drink the demon drum, but they could make it for export.

Nice lens. Watching the Robert Stack series with my dad is one of my earliest childhood memories.

I really enjoyed this film so was really interesting to read more about the actual story behind it! 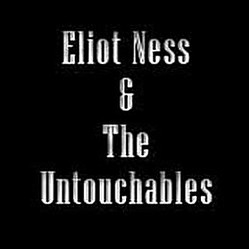 We've all heard about fingerprints and their use in criminal investigations but how have they come to be used so widely?
72%  0   11 RupertTaylor
True Crime

Russian economist Alexandra Kalinina, says that corruption in her country is “not a problem, but a business”
Loading ...
Error!