To Do in Steamboat Springs

This article addresses traveling to Steamboat Springs, Colorado in Routt County in the Northwest corner of the State very near Wyoming. One of several I've written on Colorado.

My home is in Denver and I am writing a series of articles on various playground cities in the wonderful State of Colorado. This one addresses some of the fun things to do here in Steamboat Springs. I recently spent four and a half days on vacation during the off season with a friend. We traveled by car from Denver up through Vail and over to Steamboat and then came back through Rabbit Ears pass. Let me explain that I am a retired woman who did ski in the 60s but was never good at it and now I’m much too old. So I will tell you what we found to do in Steamboat during the fall. You should be aware that the Smithsonian Magazine picked Steamboat as one of the top 20 small towns in America to visit.

Colorado residents are big on the outdoors and activities such as biking, hiking, skiing, boating, fishing and hunting. Steamboat does have its own very nice airport so it is possible to fly in if you prefer that form of travel. But if you go during the fall you will definitely want to rent a car in order to take in the beauty of the mountains, lakes and trees. I will be sharing some of my own photos from this vacation.

Fish Creek Falls is 283 feet high and is a nice hiking area.  The falls are actually pretty close (1/2 mile) to the parking lot which is about 3 miles outside of Steamboat on Fish Creek Falls Rd.  Then there is a longer 4 mile hike if you choose to do it which is a little more like climbing (trail is rocky).

Enjoy them all, but the best of them is Strawberry Hot Springs outside of Steamboat

Steamboat Springs is Home to Over 150 Hot Springs

There are two large commercial hot springs.  One is downtown (Old Town Hot Springs) and one is about 7 miles North of town (Strawberry Park Hot Springs got it's name because they used to grow strawberries on this land).  We drove out to Strawberry to take a soak. It was LOVELY! So rejuvenating and refreshing. Children are not allowed here at night when clothing is optional. The surrounding hills were full of fabulously colorful pines mixed with aspen trees. This was one of the highlights of the trip for me.

You can get a brochure at the visitors center or the museum and take a self-guided walking tour of a few of the 150 springs in the area that are close to downtown.

The City is Nicknamed The Boat by Locals

In town we also visited the Tread of Pioneers Museum to learn some of the local history.  We did not go on the Historic Walking Tour but did drive by many of the old buildings. After we left the museum we went over to the Bud Werner Memorial Library which I was very impressed with!  For a town this size the library is fabulous! It features a small coffee shop and a mural honoring Buddy Werner a local ski hero who lost his life at a young age. They also feature a salt water aquarium.  Just beautiful.  This library was hoping with people!

We then walked along Soda Creek, part of the Yampa River walk, where we saw a number of hot springs as well as The Depot.  The Depot was build in 1909 by the architect Frank Edbrooke when the Moffit line of the railroad came to Steamboat.  This was primarily used for shipping cattle and also carried humans until 1968.  The former train depot now houses the Eleanor Bliss Center for the Arts and the Steamboat Arts Council.

The Bud Werner Memorial Library and The Depot are almost at the bottom of Howelson Hill on Emerald Mountain.  Carl Howelson who was nicknamed the “Flying Dutchman” was a Norwegian ski jumper who established the first ski jump in the US in 1913. In 1950 it was expanded to the current 90 meter jump named Howelson Hill and it is listed in the Colorado State Register of Historic Places. It is spectacular even with no snow on it.  In the winter, if you are young and spry, you may want to try this jump, but be sure to wear a helmet.  There are also tons of bike paths and bike rental places nearby.

The admission is free so we took a self-guided tour.  One of the more special gardens was the unique vertical rock garden.  There were not too many flowers in it because it was October. 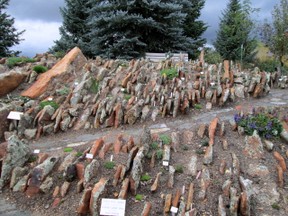 We enjoyed learning that the trees many mistake for aspens from a distance are actually narrow leafed cottonwood trees which line the path up to the garden entry.  There are also aspens mixed in which have much rounder leaves. This park was opened in 1997 and consists of 60 gardens and 500 trees. The elevation of this park is 6800 feet and is covered by an average snowfall of 15 feet from November to April and in the summer it is arid with little rain. It is in the USDA Zone 4. This garden is run completely by volunteers. To learn more go to yampariverbotanicpark.org and have a look.

I have not visited this Botanic Gardens in the summer, but I'm sure it is spectacular then.

We Found Some Great Places to Eat

One place we loved was called Winona's and we went there because we saw an ad for their cinnamon rolls which looked very tasty. It was a rainy day so it drove hoards of people indoors so they were quite busy.  My friend had some sort of Mexican soup with chicken and I had the black bean soup.  We also ordered one large cinnamon roll to split, it was so good that I ordered another to go to snack on in the car over the next few days.   All of their baked goods looked fantastic.

On another night I treated my friend to a great dinner at the Ore House. We took advantage of the Sunset menu for early diners, which saved us some bucks.  Our meals were delicious. I had trout and my friend had prime rib.  We were both impressed by the food as well as the service.  I would highly recommend this restaurant.  It also has style because it is in a barn which is over 100 years old with a very lovely patio area (though we were too late in the season to sit outside there were still some great flowers in the window boxes). I don’t think you can go wrong if you choose to try either of these restaurants.

Three Nearby State Parks with Lakes

If you boat and/or fish you might want to go North in the direction of Wyoming and visit Hahn Mountain and both Steamboat Lake and Pearl Lake.  All of them are very close to each other and provide different advantages.  They are situated in the million acre Routt National Forest. You might want to try some camping here.  We can enjoy all these places thanks to Teddy Roosevelt and his Wilderness Act. The wildlife is abundant, great hunting.  And the scenery is very impressive as you will see from my photos.

Who Could Use a Colorado Ball Cap?

It's further North, closer to Wyoming, and was colder the day we went.

Photos I took at my Favorite Lake, Pearl Lake

Some of the Places to Go and Things We Missed

On our next trip I want to see or do these things.

Things I won't do but you might want to check out include:

Other Photos I took While Visiting Steamboat

Send a Steamboat Springs Card To Your Friends

Other Articles You Should Check Out

Five Great Mother’s Day Gift Ideas
Let's appreciate our moms! This article was created to bring unique gift ideas to you in honor of Mother's Day, but they work for Birthdays or Anniversaries too.

Create Some Fun for Father's Day
Finding a gift for a man can be a challenge. They usually just purchase anything they need. So I will make some creative suggestions for gifts for dad.

Corgi Canines
In this article I will uncover the Corgi, which is a herding dog. They are well suited for herding because they are not tall, therefore can miss most of the flying hooves of cows.

Give the Gift of Rememberance of a Great Time

A great place to Get in Some Wonderful Skiing

A Wonderful Side Gig Fun and Flexible

Have You Ever Visited this Part of Colorado? Ho'd you like it? What did you do?

A Photo Tour of the Denver Botanic Gardens

As the title indicates I have included many photographs taken at the Denver B...

Helpful Hints for Guys or Gals Who Want To Be Thoughtful or Romantic for any ... 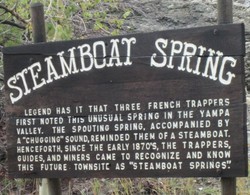 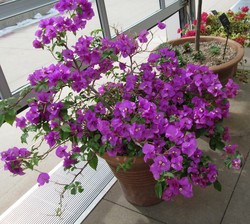 A Photo Tour of the Denver Botanic Gardens

As the title indicates I have included many photographs taken at the Denver Botanic Gardens including some of the Dale Chihuly designs currently being exhibited.
28%  2   3 MBC
Valentine's Day 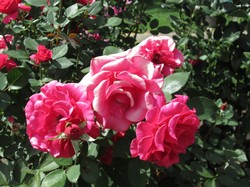 Helpful Hints for Guys or Gals Who Want To Be Thoughtful or Romantic for any special occasion.
Loading ...
Error!