So we think we are tolerant, we have to have laws protecting people from Racism, Sexism, Ageism, and discrimination against disabled people.But have we really tackled the problem?

Do you ever judge people by how they look , and make unfair assumptions about them? No, you say but there are quite a few groups of people who can be judged by appearance by society. We all categorize to some extent to make sense of the world. If they are treated differently of course they suffer from stigma.

Think for a moment about how these people may appear;
An obese person eating a cake
A Goth
A Hippie
A Skinhead
A Nun
Someone with a facial disfigurement
A person with a very unsteady gait, they may not be drunk, they may have Parkinson's disease,
An elderly person
A Muslim woman wearing a veil
Someone with a lot of tattoos

According to Erving Goffman there are three types of social stigma.

When considered too different people become stigmatized, in other words denied full status as a human being and become ' only someone with a disability' or' only a member of a street gang, or 'only a mental patient'

As people have less roles available at work or socially they adopt differing ways to deal with it.

One strategy is withdrawal, only mixing with others experiencing the same problem.  This makes life easier in the short term but does nothing to dispel myths.

Others control the stigma by hiding the condition, not telling employers about health problems, not telling family or close friends.  This can cause problems because if it 'comes out' they are seen as deceitful.

Direct confrontation, is happening more than ever before because quite a few celebrities have led the way in this;

Paralympic stars, showing people with quite serious disabilities do not have to be helpless victims

Sometimes the person is stigmatized indirectly, for example the deaf worker not being told jokes by the others and thinking they nay be the subject of the humour,

Now people are judged for certain illnesses, such as C.O.P.D - it must be their own fault for smoking, when really it can also affect non smokers.

The family of someone with a mental illness may be assumed to have the same condition, and not taken seriously.

There is still a perception from some that people with mental illnesses are weak and stupid.

Many older people and some young people suffer from incontinence and find it very difficult to tell others as it is not talked about.

What We Can Do about Stigma

Recognize and challenge it.

Talk about our own differences and encourage others to do the same.

Remember we are all children of the universe with a right to be here.

Thank you for feedback folks

People putting the telly on 'as background noise', when there's a partially deaf person in the room. Yep, I know all about it.

Thank you for a thought-provoking article.

Interesting thoughts and post. I agree that there are a lot to be done as it regards stigma and discrimination both as societies and individuals. 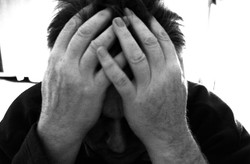 Have you been discriminated against due to your looks? Are some people out right mean to you because you're thin, pretty or handsome? Do some treat good looking people badly?
35%  5   3 squizzard41
Discrimination 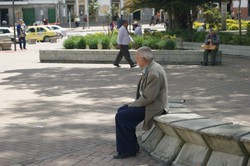 Over 100 million people in the United States are over the age of 50 yet 44% of jobless workers, unemployed for over a year, are age 55 or older.
Loading ...
Error!