Why I am a vegetarian

I have now been a vegetarian for 30 years. I encountered some opposition on health grounds but there are many reasons why it is a healthier choice.

It took me a while to make my decision, I was very much against cruelty, any form of violence and opposed to unnecessary killing, but I really enjoyed the taste of meat, particularly bacon sandwiches. I liked the taste of fish even more than meat and felt I would be depriving myself. Added to this I believed people when they told me I would be missing vital nutrients and become weak. Of course it's possible now to still enjoy the taste of meat without an animal being slaughtered for it, as there are many tasty meat substitutes which resemble the real thing in flavour and texture. I did a little research and told my mother that if I was not in good health in twelve months time I would go back to eating meat, I knew that would not happen but wanted to reassure her.

When was the last time you saw a pig or pigs grazing on grass?

They do not do that any more but are kept in barbaric conditions, so even before they are killed they are suffering from lack of exercise, lack of sunlight, being treated very much as a commodity instead of the sentient beings that they are.

Factory farming involves fattening them up as quickly as possible and feeding them unnatural food for them with chemicals added at various part of the procedure.

Battery hens are kept in tiny cages where they cannot move about, the conditions are disgusting and the reason why those of us who still eat eggs buy free range.

What is a vegetarian?

There are several types;

Lacto-ova is the most common, not eating slaughtered animal including fish but still eating dairy.

Pescatarians - eat fish but no meat.

Vegans eat no meat, fish, dairy products or anything derived from animals.

Hinduism encourages vegetarianism because the religion is against violence and because of beliefs about reincarnation.  The few Hindus who do eat meat do not eat the cow as it is considered to be a sacred animal.

The Buddha strongly denounces eating meat as it strongly distinguishes the seeds of great compassion.

It takes a lot more grain to feed animals to feed to people than to feed grain to people direct so a lot more land is used and more waste products, this causes problems for poorer parts of the world where there is not much land for growing food. All the waste products are also adding to global warming.

It is easy to go without meat now as there are so many alternatives and a healthy way of life.

Health Benefits of Being a Vegetarian

Less risk of cancer, particularly bowel cancer.  There is likely to be more fibre in the diet and less cancer causing chemicals in food.

Less risk of heart disease.  This is because there is less risk of obesity but of course if you eat a lot of dairy and a lot of sweets you undo this benefit.

I recommend Vegan Stories Edited by Julie H. Rosenfield-moving stories from a number of people about why they became vegan with useful tips about nutrition, In the back of the book there is also a useful list of books, websites and organisations to do with animal welfare and national and international vegan and vegetarian organisations.  A very thought provoking book written from differing perspectives.  Well worth reading.

My favourite recipe book also explains the nutritional value of the food and has a lot of ideas to try is Vegetarian Kitchen by Sarah Brown.

I'm a long time veg head everything feels better all natural and raw when possible just the way nature created it. Summer is my favorite time of year all the fresh food. love Love LOVE IT! 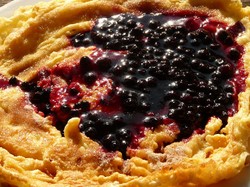