Are American Conservatives Stupid and Ignorant?

Listening to leftist journalists, academics and political pundits, one can get the impression that conservatives are stupid. But, is it true? Are conservatives really ignorant?

Conservatives are against education. They're ill informed, unenlightened and border on being illiterate.

The implication of course being that smart people tend to vote for democrats. The pitch being made is that if you're smart, you'll vote like the other smart folks.

But is that true? Are conservatives actually simpletons that refuse to vote in their own best interest?

In fact, data supplied by that bastion of conservatism known as the New York Times says otherwise. 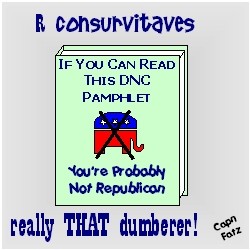 I suppose that a case could be made that the higher the level of education, the more likely one is to vote democratic.  However, that's a tenuous case at best.

In fact, here is what New York Times exit polling has to say about it.  During the last eight presidential elections, those with college educations vote as follows:

At best, there is a trend that seems to indicate that the better educated among us are increasingly more likely to vote for a democrat.

Who Do The Least Educated Vote For? 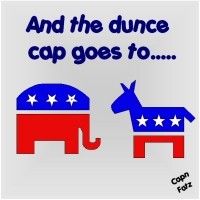 The insult directed towards the intelligence of conservatives is a two pronged one.

You're smart and/or educated if you vote democrat and two steps dumber than dirt if you don't.

Having already addressed those with higher education, lets see what New York Times exit polling says about those of us who did not complete High School.

This is how the uneducated among us voted during the last eight presidential elections:

They split between the two ONE time: 1984

This really needs to be put another way.. .During the last eight election cycles, the Republicans have NEVER won among those who don't possess a high school diploma.

Unlike what the exit polling says about those with college educations, the data here is quite clear.  IF you don't have a high school diploma, you're likely to vote for the democratic candidate.

So You're Smart if You Vote for a Republican?

Nope. Not at all.

Voting any other way is just plain stupid.

My test is simple. Which candidate brings us closer to my ideal of freedom and the ideals of our Republic?

Dustytoes.. You're right. That said, I think the majority of those voting in any demographic tend to vote for what they believe is in their own particular best interest.

Since colleges are populated mostly by radical and or democrat leaning professors it is no wonder that so called "educated people" aka college graduates, vote for a Democrat.
Likewise for the "uneducated" who most likely have trouble finding good jobs without a high school diploma and may have to depend on government handouts to live. They would obviously vote for a democrat, especially like the one in office now who wants to hand them everything - forever.
The thing that is ruining this still wonderful country is the ill-informed, uninformed, and close-minded people who do not discover facts for themselves and who listen to the biased media outlets who refuse to be fair in reporting actual news that will affect us all for years to come. 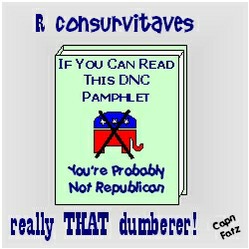 Innocent U.S. citizens are being deprived of their valuables under the rules of civil forfeiture
50%  10   3 blackspanielgallery
US Politics