My daughter’s latest nail polish obsession is color changing nail polish, if you haven’t heard of this nail polish then you’re missing out on lots of fun.

Fun Nail Polish For Anyone!

Over the past 12 months my daughter has stopped biting her nails and has become somewhat obsessed with nail polishes!   When she announced last year that she wanted to go and get tips put on I said no (she was only nine), but told her that I’d do a French manicure on her nails if she grew them a little bit.   She did and the nail polish wants have grown from there!

When I found a bottle of OPI Black Shatter and brought it home for her I think I won mother of the year and until a couple of months ago she wanted the whole OPI Shatter Nail Polish Collection, now she’s discovered something else – color changing nail polish.

Have You Ever Heard of Color Changing Nail Polish?

A friend of hers was given a bottle of this color changing nail polish that changes from pink to purple and according to a very excited daughter on the drive home from school it ‘really, really works – we tested it mum!’

Apparently they ran cold water over the nails and it turned one color and then they went outside in the sun and held her hands up and it changed back.   I can’t remember exactly which way around it was but the two colors were pink and purple.   The next time we went shopping dd wanted to show me the bottle and dragged me into the cosmetics shop in the mall, we were looking along the nail polish when a girl who looked a couple of years older than dd asked if we were looking for the color changing nail polish.   It turns out she was trying to convince her mother that absolutely everyone had the nail polish.   Her mum ended up buying her a bottle while I looked at them with my daughter and said well you’ll have to bring your money with you next time!

Before you condemn me for being such a mean mother I should mention that I popped in there a couple of days later and brought the one she was after as her birthday is coming up soon.

This means that if dd enjoys wearing the color changing nail polish as much as she enjoys her black shatter and having a French manicure then I’ll definitely be buying the next bottle through Amazon.

When you click the link opposite it will actually show you all of the different colors available – you can also read other reviews because I’m not the only one that thinks it sounds like fun.

OPI Shatter Nail Polish
You don't have to be a nail art expert to achieve amazing looking nails with OPI's Shatter nail polishes. In the words of my tween they are "awesome!"

Fashion Nail Polish
Nails are a great way of adding the latest hot color to your wardrobe and in 2012 that means mint! So get some mint green nail polish and follow my tips for a cool look.
Updated: 12/12/2011, lou16
Thank you! Would you like to post a comment now?
6

Would You Like To Try Color Changing Nail Polish?

I thought my daughters had every type of nail polish known to man, I was wrong.

I can't wait to try this!

I would have loved this as a teenager.

I think it's a great idea for teenagers...but I think I prefer the regular kind of polish. Someone was pretty ingenious to come up with this idea though.

We had a bottle of this nail polish and it was really fun. Great page.

How to create a Mike and Sully Nail Design

Create this FUN Simple Mike and Sully Nail Design by following my easy step b... 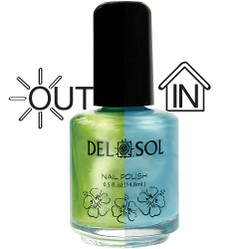 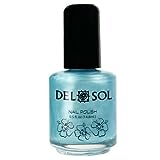 The hot new trend in nail polish is magnetic nail polish with actual metal flakes that react to a magnet creating an amazing effect that is different and unique every time.
80%  11   7 ThePartyAnimal
Nail Polish How to create a Mike and Sully Nail Design