Ford automobiles were the earliest mass produced cars in America and were soon the object of jokes, stories and quips.

The Ford Motel T was put on the market in 1908 and was the first car popular with the masses. There had been luxury cars on the market for years but the Ford was the first car with a price low enough for the average working man to afford. The car , soon nicknamed the Tin Lizzie, was basic and rather homely, but very reliable. It did have a tendency to rattle and shake, but it could work its way out of most problems.

FARMER "Huh! Feller cam along her 'bout an hour ago all right---with a Ford.

Soon people developed a great affection for their cars and they were the subject of a great many conversations.  Young men would paint slogans on their cars, such as “Chicken, here’s your roost” or “Come on, baby, here’s your rattle.”

Perhaps it was inevitable that they would be the subject of jokes. The jokes were common in newspapers and magazines and were soon compiled into small booklets selling for about 15 cents a piece. These are some of the early one.

Can I Sell you a speedometer?

I don’t use one. When my ford is running 5 miles an hour, the fender rattles, 12 miles a hour, my teeth rattle; and 15 miles an hour the transmission drops out. After all, the Ford is the best family car. It has a tank for Father, a hood for Mother, and a rattle for baby.

I understand you have just bought a Ford.

Yes, I saw 7 of them chasing one pedestrian the other day, and I decided that I was on the wrong end of the sport.

A man pulled in to a filling station and requested a pint of gasoline. The attendant suggested that perhaps he should buy a bit more fuel. “No,” said the man, “I don’t want to give it any more. I’m weaning it.”

“My job,” said a garbage man, “is getting harder every year. Dead cats is bad enough, and broken bottles is hell, but the worst on the temper and the fingers is sorting out them damn little Fords.”

“I hear they are going to magnetize the rear axle of the Ford. “

“So it will pick up the parts that drop off.”

A man on his deathbed had one final request to make—that his flivver be buried with him, because “he had never been in a hole yet where his Ford didn’t get him out.”

Cute jokes! It's funny how new things can strike us as funny. I love your illustrations.

Fun riddles to while away the wintry months. Have fun sharing these riddles w...

Water Is A Chemical Substance - The FAQ's To This (potentially...

This article is a parody of "water is a chemical". I hope you find it funny :) 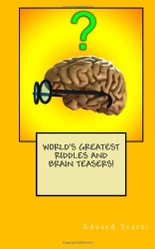 Fun riddles to while away the wintry months. Have fun sharing these riddles with your family and friends.
20%  0   3 Jerrico_Usher
Jokes 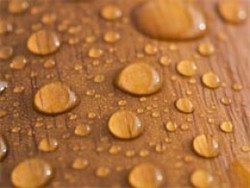 This article is a parody of "water is a chemical". I hope you find it funny :)
Loading ...
Error!