Do you know what a female burglar looks like? You might think you do, but looks can be very deceiving.

I never thought of females being burglars and bold thieves. I knew women could steal and commit crimes, but they were normally secretive and reserved about it. It wasn't something that was flaunted and boldly done, or so I thought. Learn from my story with tips and resources to protect your loved ones, neighbors, and property.

It was a quiet afternoon as my little ones peacefully slept. It was my "free" time and I was peacefully enjoying it. Then suddenly, I was interrupted by a loud knock on my side door.

Now this is rare, so let me explain. I live in a small cul-de-sac, that's in an older and quiet neighborhood. I also have a long driveway, with a side door that's off of my kitchen. The only people that usually come to my side door are neighbors and people that we know, not strangers. So who could be knocking so loudly on my side door?

There were no cars in my driveway, as we only have one vehicle, and my husband was at away at work. I wasn't going to answer the door, but the person knocked again, and it was loud. Fearing that they would wake my children, I contemplated opening the door.

I peered through the blinds of my side door and see a nice looking, middle-aged woman. Her hair was brown and cut in a bob, she was wearing a jacket, jewelry, and she looked like she could have been a casual receptionist or teacher. There was nothing about her that looked suspicious or intimidating, so I decided to answer the door.

When I answered the door, the woman asked if "Rebecca" or some name like that, was at my home. I told her "Rebecca" didn't live here, nor did anyone of that name live in my cul-de-sac. She quickly left and I watched her go to Mrs. Smith's yard.

She didn't go to Mrs. Smith's front door, nor had she gone to mine, I watched as she went to Mrs.Smith's side door. That was strange because her side door was invisible from the street and my yard. Most of my neighbors didn't know Mrs. Smith had a side door, so how did this woman know?

The woman's car stayed parked in front of my driveway. I assumed Mrs. Smith was home and that the woman was in Mrs. Smith's house with her. Within the hour, the car was gone, but I never saw the woman leave. I went on with my day and didn't think much about what had happened.

Later in the afternoon, I get another knock on my side door. I open my door to my tearful neighbor, Mrs. Smith. She begins to tell me how someone was in her home and they had been in one of her back rooms. They had opened drawers and left some of them open, taking items they thought were of value. The burglar had also left a clue for Mrs. Smith, she realized the clue before she even stepped foot in her house.

Mrs.Smith 's side door had two locks on it. She always locked her bottom lock, but never the top. The top lock could only be unlocked by a key. It was a chilling surprise for Mrs. Smith, when she had to unlock her top lock to het into her home that day. Right then, she knew something was not right. Someone had been in her home.

She then tells me how they took jewelry and other valuables from her. She's also amazed at how the burglar seemed to know where her smaller valuables were, and wasn't interested in any large expensive items. The burglar only took small valuables that could be placed in a purse, coat, pockets, etc.

I couldn't understand. How could this be? We live in a old and quiet neighborhood, with very little crime. My husband and I are the youngest homeowners in our cul-de-sac and probably on our main street as well.

As I listened to Mrs. Smith, I could hardly believe what had happened, but then it came to me. The woman from earlier, who was nice looking and knocked loudly on my side door, could she have been the burglar? I told Mrs. Smith about her in detail and that I thought the woman was in the house with Mrs. Smith.

Mrs. Smith told me she wasn't home earlier. As shocked as we both were, we started putting the puzzle together. Who was this woman?  If she was looking for "Rebecca", she would have went to the other neighbors homes. Where was she at for almost an hour, as her car sat at the end of my driveway? Everything is pointing to this strange woman, but Mrs. Smith and I could hardly believe it. Why would this woman come into Mrs. Smith's home? Her modest ranch house had no indications of wealth or treasures inside.

After talking with Mrs. Smith, she was cautious and unsure if she would call the police. She thought they couldn't help her. I advised her to right down everything that was missing from her home and to call the police. I knew that if she didn't file a report, it's unlikely she'll get any of her possessions back. I convince her to call the police and let her know that my husband and I were there for her. We both went back into our homes and I tried to get through my evening. It was difficult as I became engrossed with this burglary, and if we'd ever find out who the burglar was.

* Names have been changed to protect the victim's privacy.*

5 Tips For Hiring A Summer Babysitter

Have you found a summer babysitter? Learn how to hire the best babysitter wit...

Enjoy these easy & delicious recipes that are perfect for summer! 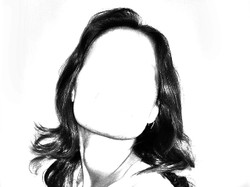 Burglars On The Job: Streetlife and Residential Break-ins
29%  3   3 GeorgiaRose
Babysitters 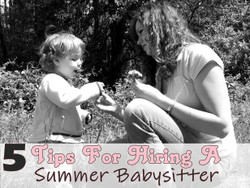 5 Tips For Hiring A Summer Babysitter

Have you found a summer babysitter? Learn how to hire the best babysitter with these tips and ideas!
92%  10   8 GeorgiaRose
Other Recipes 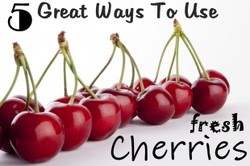 Enjoy these easy & delicious recipes that are perfect for summer!
Loading ...
Error!