The festive season is upon us again. It's time to deck the halls with jolly, bright and, above all, gay decorations!

Looking to deck the hallowed halls of your home with Christmas decorations designed for gay men? You've so come to the right place!

Whether you're flying the full rainbow flag, or keeping it classy with muted colors and elegance, then we have something for you here. From slightly risque mermen to romantic gay marriage ornaments through to bears and cute angelic figurines, all represented.

Your choice grows yearly, as I embark on my annual cyber hunt to bring you the best collection of gay male Christmas ornaments online.

Enjoy my haul for your holidays!

Decorations for a Gay Christmas Home

It's a fine time for a bit of tinsel; and the usual sparkle around the decks.

If you want your Gay Pride to shine as bright as your baubles, then you've come to the right place.

We have an array of Christmas decorations for gay men, like the Pride Merman over there.

He's 7" tall, made of resin, and he's designed to dangle from your Christmas tree.  Though I doubt that anyone would quibble if you hung him somewhere else.  Like the mantlepiece.

What's more, he's one of a set of December Diamonds for the discerning collector.  But more on them later.

For now, let's bang on some music to get us into the Yuletide mood.

Coming Out at Christmas

The London Gay Men's Chorus lead us in a jolly tune.

These are just a small sample from those on offer. Worldly professions and mythical beings represented with six pack abs.

Let's face it, they're not subtle.  But they're fun!  You might elicit a raised eye-brow from your confused great-auntie, but your friends will love them.

They are the December Diamonds collection, crafted from resin for your Christmas tree. In amongst the festive angels are cute mermen from a variety of trades:  doctors, soldiers, sailors and at least one drag queen.

The seven inch high figurines are all hand-painted, with liberal sprinklings of glitter to finish. December Diamonds catch the light, as they adorn your branches.

There are also December Diamond decorations in different styles, like these pair of cuties:

December Diamond figurines arrive in their own gift box, so might also make a lovely present for your gay friends.  This is particularly true for those who have recently got married, and it can double as a house-warming present!

Each one would be sure to be a talking piece; and they'd certainly brighten up your festive home.

Did you (or a gay couple you know) get married during the last year?

If so, then Zazzle has something special to adorn your Christmas tree.  It's fully customizable, so add your own names and the year.

The Gay Marriage 1st Christmas Ornament is designed to dangle wherever you want it to. It can be hung over the neck of a bottle of champagne, or attached to any other gift.

It would look fabulous just there, on your first joint Christmas tree, in your marital home.

Yay!  Happy days!  And a cute keepsake for your marriage!

There's more where that came from right here:

Gay Marriage First Christmas Decorations
The wedding cake has gone and the photos are framed. Now you're putting up your tinsel together for the first time as a married couple. How about a decoration to mark the occasion?

Wedding Gifts for Gay Men
Are you looking for gay wedding gift ideas for two grooms? Check out this selection with presents to match any wallet.

Invite the rainbow into your festive colors! These ornaments are bright and beautiful with a Proud message too.

Depicting the universal symbol for men, interlocked with another.  For those who miss the same-sex celebration, then there are the rainbow colors of Gay Pride too.

These ceramic Christmas tree decorations are 2.87" in diameter.  They weigh in at 1.4oz, which is fine for the average boughs!

Two of the top row Pride ornaments are reversible. The rear depicts interlocking female symbols, thus including your lesbian friends too.

Can you get more festive than two Santas holding hands?  Or two snowmen cuddling?

The latter allows some customization on the back.  Add in your own names and a date, if you wish.  The Christmas decoration then becomes a keepsake.  Anyone viewing it will know that there was a great romance here.  These two men were in love.

Plenty more Gay Pride ornament here, including a collection for your lesbian friends:

Gay Pride Christmas Decorations
All the colors of the rainbow are represented in these festive ornaments; and so they should be!

Christmas Ornaments for Gay Women
The festive season is here again! This collection is for ladies, who take Pride in their Christmas decorations.

Now for Something a Little More Risque

Mark Thaler's Pride and More store has a host of Christmas tree ornaments for gay men.

They range from the cheeky to the humorous, the political to the downright hot. A couple of examples of those can be seen right here.

His art print decorations are tastefully arranged.  From sexy Santas delivering a kiss through to barely dressed men.

Oh!  And bears!  Bear Pride is nicely represented in his stock.

No visitor is going to be left in any doubt about your inclinations, if you choose one of these to hang from your boughs.

And they double as very pretty ornaments to look at, while you're waiting for the turkey to go down.

Carol of the Bells

This time it's the Denver Gay Men's Chorus ready and waiting to entertain you with festive cheer.

What is the Gay Men's Chorus?

In major cities, tuneful gay men are getting together to raise money for charity with their choirs. It's an international movement!

In July 1979, a small group of gay men put out flyers. It invited any brave souls to come and join their choir.

They were astounded at the response!  99 people turned up, prepared to sing loud and proud.  The Gay Men's Chorus of Los Angeles was born.

Their counterparts in Washington, D.C. have just celebrated their 30th anniversary.  It's been a wild ride through the choral reaches, including playing at an inaugural concert for President Barack Obama.

The London Gay Men's Chorus began in 1991, as six individuals getting together in London.

They sang at the Angel Underground Station.  It proved to be so popular, that the station had to be temporarily closed due to the crowd that formed!  The choir is now 191 men strong.

These are just some of the stories in a world-wide phenomenon. Gay Men's Choruses are now in most cities.  Their music will provide the perfect backdrop for your Christmas celebrations.

Carols from Gay Men's Chorus Choirs Around the World

Buy these albums to create a little ambient background music, as you put up your decorations.

I hope that you found something wonderful with which to decorate your home.  Very happy regards of the season from all of us at Wizzley!

Unusual Christmas Gifts and Decorations for a Festive Home
What do you mean you never thought to decorate the toilet with Santa Claus? You missed a trick there, and probably more - to be revealed within!

Diana Gabaldon's Outlander Christmas Decorations
Would you like to decorate your home with Jamie Fraser? Aye, you would. Dinna fash, Jamie and Claire Christmas ornaments can be found right here.

Sasquatch Christmas Decorations and Gifts
Deck the halls with boughs and Bigfoot, tra-la-la-la-laaaa! A beautiful carol for those looking for festive Sasquatch treats this Christmas. They do exist and I have them here!
Updated: 04/28/2015, JoHarrington
Thank you! Would you like to post a comment now?
6

Unless you did a Google search, but we both found the same thing. :)

I'm glad to hear that they listened to your feedback. Purveyors do want to keep their customers happy, so it was probably invaluable feedback for them.

AH! That Christmas ornament I nearly bought for my boss after his wedding that I told you about was in this article! I didn't even remember that!! I thought I'd found it in zazzle by doing a search in google. Funny that I remembered where I found it totally wrong when it actually came from an article of yours.

What's more, the reason I didn't buy it, is because I used their template but customized it with an actual picture from my boss's wedding. The ONLY reason I didn't buy it after that was because they'd left a sort of water mark on their design, letting people know it was theirs I guess, but it was on the front of the ornament and looked really bad. It didn't look like an artist signing their art, it looked like a watermark. I remember at the time you told me the best thing to do would be to leave feedback to the seller about why I didn't make the purchase in the end, so I did, and I said it would look better being on the back or something. I was looking at the same ornament now, and the mark is gone! So maybe they listened to my feedback! XD

*high fives you* Glad to have been of service. Another linked article coming up within the next five minutes. This one doesn't just focus on the men.

I'll share with my gay friends and family :)K

I do have gay friends, hence me thinking about them in the first place! I'm considering it. How much do I love them....?

Great article Jo. I love the products too. If I had any gay friends, I'd buy them.

Thank you very much. And yes, I am looking into a companion piece for the ladies, both here and in the Gay Marriage section on Wizzley. :D I'm glad you liked it. Merry Christmas and happy holidays to you too. :)

This is delightful, wonderful ideas. I look forward to a companion article for gay women. Merry Christmas and Happy Holidays. :)K

The festive season is here again! This collection is for ladies, who take Pri...

All the colors of the rainbow are represented in these festive ornaments; and... 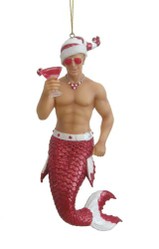 The festive season is here again! This collection is for ladies, who take Pride in their Christmas decorations.
81%  6   7 JoHarrington
Christmas Decorations 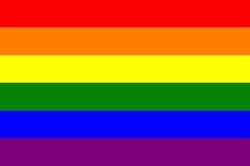 All the colors of the rainbow are represented in these festive ornaments; and so they should be!
Loading ...
Error!