Halloween costume ideas for girls can require careful consideration. Do you really know what your child wants in a costume? And cheap costumes often work just fine.

Girls go out on Halloween to trick or treat, and having appropriate costumes for the occasion is important. And, girls also attend Halloween parties. So, finding the costume that is just right is important, and possibly having two costumes, one for a party and one to trick or treat in might be appropriate. For a party there could be a theme, so finding out what is expected prior to attending is also important.

The introduction image is allowed by the affiliate program. The product is shown below.

Girls Wear a Range of Costumes

The Proper Halloween Costume Choice Depends on the Child

Some girl costumes are very feminine, and allow the child to dress as a beautiful princess.  Frilly Disney Princess costumes are a good choice.  This year, Elsa, the princess from Disney’s Frozen, is likely to be the most popular, since the Frozen theme remains extremely popular.  But, the traditional Disney Princesses are all immensely popular, so Cinderella, Snow White, or any of the others can be chosen if the child has a favorite princess.

One thing any princess costume does is allow for a certain amount of bling, accessories that sparkle.  There must be a tiara, and a wand can be a nice touch.  Some fake jewelry can really make a child’s day fill with excitement.

Frozen actually offers two costume choices, Elsa and Anna, which works well for siblings who are close in age.  Elsa is the more significant character, and the older of the two, but a younger sister may be happy dressing as the younger character, Anna.  And, since the two characters are sisters, might just be delighted to play the part to her own older sister.  Just make certain this is fine with the two children, especially if there is a sibling rivalry.  You might just have to find two costumes of equal statue.

Related Articles by the Same Author

Disney Princesses Theme Party
The Disney Princess party theme is an easy one to find material to throw, and has a lasting ability to delight those participating.

Personalized Disney Frozen Gift Ideas
The Disney Frozen products can be found and customized. This makes hem special for the child who receives them.

Many superhero groups have at least one woman.  Wonder Woman and Superwoman are two characters that come to mind.   But, there is also Batgirl, and a multitude of others.  Just think of the child’s favorite superhero group, and choose the female member for the costume.

Most female superhero character costumes have versions appropriate for children.  They may be less cumbersome than the adult version, and may allow easier movement.  And, many have an inexpensive alternative that strongly hints at the character enough for easy identification, whereas the authentic look might cost more.  Children outgrow costumes in one year, so going less authentic and more cost efficient is always a consideration for most people.

Some popular characters are also good choices.  If the child is old enough it is a good idea to allow the child to have some input.  There might be a favorite television or movie character, like Princess Leila of Star Wars, costumes for whom can still be found.  Or even a cartoon character, like Dora the Explorer.

For younger children just be aware of what they like, and try to make the child happy.  Most parents know what a small child likes, even if the child is too young to express it well.  The first objective is the child’s happiness.

One character costume is that of Angelica, the female pirate in the Pirates of the Caribbean movies.  This character costume can stand alone, or can be worn with a boy dressed as Captain Jack Sparrow.  This might work well with a brother and sister team, or for an older children party where boys and girls attend together.

The Angelica character is a major part of the Pirates of the Caribbean movies, and has a somewhat positive role.

In the current society a girl might aspire to be almost anything when she grows up.  In the past the nurse costume might be one of but a few available, but no more.  And, even if a boy is modeling the costume in an ad a girl can probably wear it.

Some costumes, to cut cost, require certain clothing to be worn with them, like a pair of black pants.  Well this is not a problem.  So, allow the child to choose her costume, and make it work.  Just make certain the child is comfortable with the costume before buying it.

Some girls like the scary, horror based costumes.  If that is the case, there are female zombies, an easy look to pull off.

Also, it is possible to find costumes like ninjas that has the face covered or a hood wearing character like the Grim reaper that has a hood that hides the face.  Some costumes do not reveal if there is a boy or a girl underneath.

Add Your Own Touch

Some costumes work well as is.  Others can be enhanced with makeup.  The first decision is whether special makeup is required.  For a Disney Princess, normal makeup might enhance the look.  But, for a zombie costume one might opt for theatrical makeup, special makeup that can provide a scary, menacing appearance.  Simple makeup can be easily found, but theatrical makeup is more difficult to locate.  Perhaps a kit would do, since you really have no idea exactly what all you will be using.  And, if more than one scary costume is being worn, one kit ca do the entire job.

Most of the costumes described above are capable of having something worn under the costume, and layering for colder weather may be in order.  A coat over the costume will get the child into a party, but will destroy the look for trick or treating.  Then, if the weather might be too warm, make certain the costume chosen will still be comfortable.  Some heavy costumes are not advised for southern climates where it may be quite warm on Halloween

There is little enjoyment for a child who is overheating or freezing.  And, dressing other than for the climate can be dangerous.

Children, especially younger children, need an adult to walk along when trick or treating.  Perhaps older children will try to look like they are alone, and want that adult to blend into the background, but a younger child might want a parent to become part of the fantasy.  So, if the child asks, or if the child agrees, you might just find a theme consistent costume for yourself and be part of the adventure.

Other Costume Selections for Other Groups

By the Same Author

Halloween Costumes for Boys
Boys costumes can range from cute to downright scary, and much depends on where it will be worn, and what others are wearing. Here is a nice range.

Halloween Costumes and Masks for Adults
Halloween costumes are fun, and can add to the party atmosphere. This article looks at different Halloween costume uses for adults, while you remain comfortable.

Halloween Costumes for Toddlers You Simply Must See
Halloween costumes for toddlers should be cute, and not scary. 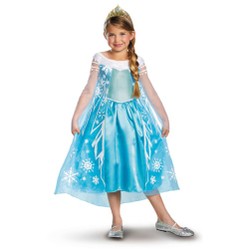