Ever heard that phrase? Ever used it? Do we really think about it?

Games, we use them for a variety of reasons. We can blithely write it all off as fun being the reason. But then do we really know what fun means for us?

Playing a poker machine is fun? Playing a game of soccer is fun? Perhaps some solitaire or Monopoly is fun? Angry Birds or Bejewelled? Do you know what is fun for you?

Once we examine what fun means it becomes apparent that maybe games aren't really just games. That perhaps there are many deep reasons we seek them out.

How big is the world of games?

If we are going to discount games as "just games" let's take a look at what we are minimising.

Let's start with the Olympic Games, every four years a bunch of countries have about 30 sports in 300-400 events, with a worldwide audience.

There's the Winter Olympics as well.

Then there is golf, some 30 million rich folk in America alone.

Which roughly matches the 30 million that play League of Legends.

Then there is The World Game of Soccer.  Estimates vary, with some 250 million estimated to be playing and about 3 billion people involved in the sport, in some way, playing or watching.

All told the World Sports Encyclopedia estimates there are about 8000 different sports.

Then there are the more traditional games.  Board games, like chess, checkers, Monopoly.  Dice games like Yahtzee. Card games, and so on.

The internet has opened up gaming to worldwide audiences.  With some of the  big players being League of Legends, World of Warcraft, Angry Birds, Bejewelled, Farmville and its spinoffs, Candy Crush Saga, and again the list goes on.

Why are games so popular?

I think games are popular because we learn.  And learning is fun.

Not school learning, that's been smacked to death, there is no fun at school.

But real learning, that natural curiousity and search for meaning and control that we all have.

When we play sport we learn about our bodies, it's another sense we have that we increase, this proprioception let's us tune into out bodies and develop our skills and our control of both our body and our environment.

When we play skills requiring intelligence and problem solving we develop our minds and ability to think forward and laterally.

The social aspects of games lets us find our place in the tribe.  Our rank, our where we belong.

it's in our social games that there exists the most complexity.  When we look at our politicians we see them doing the same things over and over again, they are playing the game.  They minimise the risk of looking bad and always optimise looking good, because they are playing for a high score in votes.

Why they serve in office becomes forgotten, because the game is so enticing.  It is frantic and ever-changing, with high stakes involved.  Every politician should always say they entered politics because they wanted to do good in the world.  But watch them at play and see them entangled in the game.

Games are so popular they swamp the dividing line.  It even enters into our courtship rituals, we have particular rules to the game.  The dating game, it even becomes a game show on television.  With The Bachelor and others trying to make some money out of our sex games.

Games are a structured environment where we look for control and meaning.

I'm a gamer by name and nature.

Others may think games are all idle distractions, but I don't think it's possible to have a life without games.

In Australia we stop the nation for a horse race once a year.

Watching grand finals for cricket, rugby league or football is worth a day or two off.

Is this incredibly good marketing?  Or is something deeper going on.

These days we have arenas for online games.  Full-on stadiums to seat tens of thousands who watch the screens.

It's a sign of our ever increasing efficiency that we have more and more leisure time.  But even back in Roman times the need for entertainment was clear, or as they put it "bread and circuses" which in its original context was a cynical reference to buying votes with bribes of wheat and games.

I cannot imagine a life without games.  I've no idea what it would be like.  I see them every day.

So I find it very difficult to say...

RerunScape
Repetition: the three laws of advertising. Apart from showing that marketers can't count, does this theory work for worlds of imagination, such as Runescape.

I'm a Runescape criminal. Let me inspire you
Feeling bored? A little listless in Runescape? A little ill at ease? Runescape is a game of imagination. Let's see if we can find that spark again.

Deconstruct a JMod
It's critically important to understand how to talk to customers. Sometimes it doesn't quite work.
Updated: 11/25/2013, Fargy
Thank you! Would you like to post a comment now?
4

Heh. :) I agree, games teach us things, and they are way more interactive than some show on the idiot box. I often see players say Runescape taught them how to grind out various tasks in real life. RS taught them persistence.

If it wasn't for Tetris my grocery bags would be in total disarray!

For me games offer more entertainment value than films. Depending on the type they help me develop a sense of planning and overall strategy. I also feel some stupid sense of accomplishment when executing something semi-difficult (like luring 4 infected to a specific spot and hit them with a molotov coctail in The Last of Us). The controversial Squeal of Fortune may soon become a thing of the past, if an Australian senator has his way.
100%  243   12 JoHarrington
Runescape 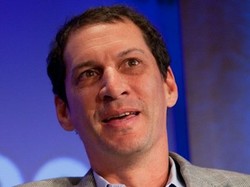