Are you looking for Ninjago T-Shirts for a Lego Ninjago fan? Here's a selection of long and short-sleeved Ninjago shirts for kids from preschoolers through to teens. Ninjago is popular wide a wide age range of children.

I've also included information about the Ninjago characters that feature on the t-shirts to help you pick the right shirt for your child. There's a whole mythology behind the Ninjago story!

The Ninjago theme is popular with a wide range of ages of child. My preschooler loves Ninjago because his big brother, who is at primary school, is a big fan. Luckily you can get Ninjago t-shiorts for little kids.

The Spinjitzu game with spinners, cards and minifigures is popular with bigger kids, tweens and teens so they love Ninjago too. You can find Ninjago t-shirts in tween and teen sizes, right up to 18-20 (small adult) size.

Many of the available Ninjago T-shirts feature one of the main Ninjago characters.

Kai: Kai is the red Ninja of fire. He's the last Ninja to join Sensei Wu's team. Kai is the main hero and very popular with kids. Kai is a favorite with many kids including my older son who loves the color red. You'll find that quite a few of the Ninjago T-shirts feature Kai prominently.

Jay: Jay is the blue Ninja of lightning. Jay is the wise-cracking character. He's also very popular with kids. Because blue is popular and because of his fun character.

Cole: Cole is the black Ninja of earth. Cole is the team leader of the ninjas and has to try and get them all working together as a team.

Zane: Zane is the white Ninja of ice. He's a bit different. Um zaney, you might say! Zane likes to meditate and is full of eastern wisdom. But he often doesn't quite get the joke.

Sensei Wu: Sensei Wu is the teacher of the ninjas. He's the old guy with the white beard and the asian straw hat. He's my favorite!

If you're not sure who a child's favorite Ninjago ninja is then you might want to choose a T-shirt with a group picture of all the ninja together.

Ninjago: Rise of the Snakes is the new theme for 2012. The new enemy is the Serpentine, an ancient race of snake people! There are five different serpentine tribes each with different characteristics. We're hoping for some new snake-themed T-shirts.

There's a new Green Ninja character who joins the team. There's lots of mystery over who the green Ninja is and the early Ninjago: Rise of the Snakes keep his or her identity hidden. At time of writing we haven't found any green Ninja t-shirts.

Ninjago Gifts - Books, Watches, Storage and More
Lots of gift ideas for a kid who loves Ninjago. Did you know you can get lots of Ninjago-themed products like a watch, keychain or chapter book.
Updated: 02/19/2012, TerriRexson
Thank you! Would you like to post a comment now?
2

My daughter love ninja stuff, she's always ninja this ninja that, a good thing to be as it imposers kids to do anything.

Dinosaur Hoodies for Kids and Adults

Have you seen these cool dinosaur hoodies for kids and adults? They have wrap...

A Dragon Hoodie for Kids or Adults

A dragon hoodie is a fun gift for kids or adults who like dragons. You can ge... 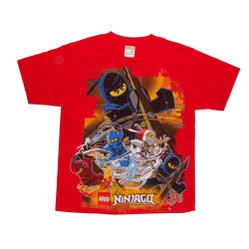 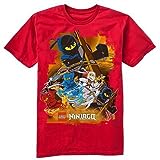 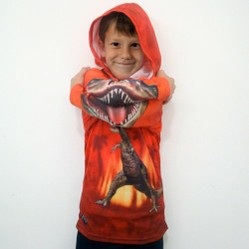 Dinosaur Hoodies for Kids and Adults

Have you seen these cool dinosaur hoodies for kids and adults? They have wrap around arms to make the dinosaur roar! Very neat.
17%  1   2 TerriRexson
Boy's Clothes 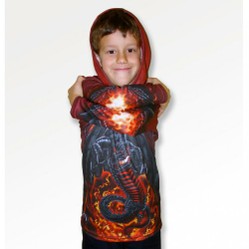 A Dragon Hoodie for Kids or Adults

A dragon hoodie is a fun gift for kids or adults who like dragons. You can get fun hoodies that make the dragon breath fire when you wrap your arms around.
Loading ...
Error!