Every so often in the war on its players Runescape launches a charm offensive. Normally Jagex just does the offensive part, but it's nice to see this occasional nicety from them.

Visits to Jagex HQ are the pinnacle of many a Runescape players desires.

Mark Gerhard likes to take the boys in rides in his tank. When asked why he had a tank, he jokingly replied it was because of his penis size. And we all laughed. The first ones to stop laughing were banned from Runescape.

Many players have enjoyed the delights of Jagex's pleasure palace. As long as they had something Jagex wanted.

And this is good business, give obedient and willing players some rewards in order to encourage similar behaviors in other players. But make sure those rewarded players have public exposure, so that the good things that Jagex does can be trumpeted to the heavens.

For free and for ever.

We are all connected, all the time.

We are always connected.  We need it.

Try some solitary confinement if you doubt.  We use solitary as a punishment.

In the other extreme we use groups as justifiers of our just causes.

We get as many Twitter followers as possible because it means we are really cool, but there is no way anyone could talk with a few thousand people on Twitter and mean anything meaningful.  Big is beautiful.

Charm offensives are one of these tools to get people to think as a herd.

It's a two way street, works for North Korea with Dennis Rodman, and works for Jagex.

Jagex has had a long association with the Koreas, gold-farming, botting and so on.

North Korea could probably have supplied cheaper, and more driven, bot makers than the one Jagex hired, but I think there was a bit of a language barrier and Mod Jacmob got the job instead.

Please bear in mind I don't think of Jagex as an evil empire or whatever, the worst that Jagex does is to pander gambling to minors, that's hardly a criminal offence.

Some examples of Jagex's magnanimity.

Let's take a tour of those who have taken a tour of Jagex...

As we can see Jagex has been doing this for a few years.

And there is nothing wrong with rewarding players.

Nothing wrong at all, Jagex are wonderfully generous and loving people.

Of course, I'm not good at saying the right things so I always end up getting banned by Jagex.

Oh, woe is me, to be forever outside Jagex's pearly gates.

I should be honest.

I love that phrase, whenever I hear it, I rewind the previous conversation for the lies.

That's my humor though, a rather dark affair.

Anyhow, to declare my bias, that last guy, the Kolumbz, was one who banned me from a Runescape subreddit.  Subreddit means forum on Reddit.

He or she, banned me from r/2007scape, and I also got banned from r/runescape.

Just want to make that clear, so that people know I am biased and am liable to be extremely prejudicial in my behavior towards them, now and in the future.

I am sarcastic and tend to be different in my thinking, which is why I was banned from these subreddits.  Maybe Jagex asked them to, that could be an option.  Jagex banned us from the game, so they might be holding on tightly to that strategy.

Now that's all just conspiracy talk, said with a wink and a smirk.

But it is true, to be frank, that Kolumbz does a good and even-handed job of keeping players under control.

Kolumbz should be rewarded and be held up as an example of good behavior.  Perhaps a statue.

I feel all the usual feelings.  The envy and malice, the deep stirring jealousy.  I'm sure I'm not alone.

To be honest though, it would be bad form to display that, so we will all clap and cheer.  The first to stop clapping will be clapped in irons.

The good side of the dark side.

We are all connected.

When we see people in person we tend to like them more, we start to build some form of rapport.

This is why it's beneficial for Jagex to bring players into this highly controlled visit environment.

To hide the bloodstains and mute the screams.  And have some smiles and ice creams.

A real shame Jagex never got their forums to work that way.  The FMod system sort of killed it.

With Twitter and Facebook we see JMods and marvel at them and their adventures on their way to work.

We thrill at their riveting tales of fridge foodstuffs.

We connect.  We even see their faces some times.

There is always a good side though.

Connecting is a two way vision.

If you stare into the abyss, something looks back.

Here ends our fairy tale of...

"Mod MMG and the XP Factory".

A winsome tale of innocents who win a factory tour.

A story adored by the ravenous monster of a loving public.

Happy Never After
What brings us to the world of story and imagination? Can we find what we seek? Can we find our Happy Ever After? Our permanent happy ending.

Just A Game
Ever heard that phrase? Ever used it? Do we really think about it?

Runescape by the numbers
Let's count the players of Runescape and tally what they want. 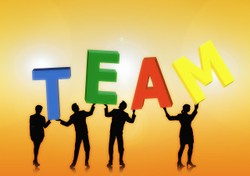