I had to show all my demons to someone. I had to release the demon I really was for another to see.

No one can see the demon inside!!!!

I have to share this?!? What the hell?!? I knew I should have read ahead in the book!!! There is no way I am going to go over this with anyone! Much less someone who could tell other people!!!! I simply refused to do it.

The longer I avoided going over it with my sponsor the longer and more up-to-date my list became. I began to have a sense of impending doom. I would have panic attacks where I couldn't breathe. I constantly worried about someone reading the list. I hid the list, then hid it somewhere else, then hid it again. I was obsessing over the list being found. My appetite began to drop off. I couldn't sleep. Every little thing someone said became about my list in one way or another.

I realized that if I didn't share the list with my sponsor, I would go out and use. I could not continue to live this way. I thought about throwing the list away, but writing it had made me feel better. Now, I felt worse than when I quit using.

What if I just shut up and get it over with?

I had done what I was told. I wrote down everything, good and bad, that I had done. I had a list of things that was twenty pages long (No, I am not kidding or making it up. I may be a bit too thorough...). It took me three hours to get through it with my sponsor, as we had a lot of tears, stories, hugs, and reading to do.

What is this strange feeling?!?

Cleansed on the inside

My whole life, I had felt dark. Like some kind of evil creature lived within me and I had to protect the rest of the world from it. The longer I lived the darker this darkness got. I had given up on ever being rid of it.

When I left that meeting with my sponsor, I felt... Different. I was lighter, energetic. I caught myself smiling in the rear view mirror. Something was different. Something had changed. I called my sponsor as soon as I got home.

I told her what was going on, how I was feeling, and what I had caught myself doing.

"Honey! I'm so happy for you! Your happy! Don't you see? You rid yourself of all that darkness that was killing you and now your happy! Enjoy it!"

Terror spread through me like a lightening bolt. I could not be happy! What if it were taken from me? I would miss it twice as bad! I could not stand the pain of losing happiness again! What was I going to do?

"Continue working the program." My sponsor told me.

Had I spoken those things out loud? What was going on with me? Why was I letting her into my mind and heart and soul without even a shred of holding anything back? I wasn't even filtering what I was saying!

"Your alright, honey. You just enjoy your happiness and we will work through whatever comes next together."

Together. My heart jumped at the word. A smile spread across my face. Together. I liked that.

Step Four in recovery
Like a shadow in a horror flick, the demons inside turn out to be nothing but fear. 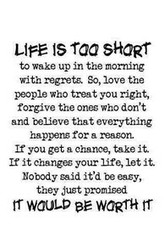 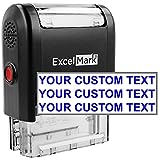