Dinosaur Extinction | How did the dinosaurs die?

How did the dinosaurs die? What are the latest scientific theories on dinosaur extinction? We answer these questions in a way that kids will enjoy. Adults can learn the basics too.

"Mom, How did the dinosaurs become extinct?"

My son came into our bedroom this morning before 6am. He started playing with Lego and built a dinosaur, a volcano and a meteor. He said he thought that the dinosaurs died out because a big meteor hit the earth. This was acted out with sound effects and great enthusiasm!

He then proceeded to ask more detailed questions about how the dinosaurs died out. I had to admit I didn't have all the answers, but promised I would find out. So here are my findings.

Did All the Dinosaurs Become Extinct at the Same Time?

Other species naturally became extinct due to changes in their environment - such as the disapperance of their food source. This is comparable to the plight of endangered animals today - although this time humans are involved in the environmental changes.

At the end of the Cretaceous time period the species of dinosaurs that were still around included T-Rex and Triceratops. These dinosaurs were among the last to exist, 65 million years ago.

T-Rex was a fierce carnviore. While Triceratops was a herbivore with armor and horns to protect him from predators like Tyrannosaurus.

Did Volcanic Activity Kill the Dinosaurs?

As we know from modern times, volcanoes spew out sulphur dioxide and volcanic ash. Could a huge set of volcanic eruptions have filled the air with noxious fumes and choked the dinosaurs and their food sources?

Scientists now believe that while volcanoes may have been responsible for the deaths of many dinosaurs, including those who got in the path of molten lava, there's insufficient evidence to conclude that volcanoes were the primary cause of the mass extinction of dinosaurs.

Watch the video below to find out how the dinosaurs really died out. Or there's a written explanation below if you would prefer.

An Asteroid Killed the Dinosaurs

The currently favored theory of dinosaur extinction is that it was caused by a massive asteroid hitting the earth at Chicxulub in Mexico and creating the Chicxulub Crator. The impact was so devastating that huge amounts of debris were thrown up and filled the sky, cutting off the sun.

Of course scientists are always gathering new evidence and coming up with new theories. It's possible that they'll come up with a more accurate explanation in future. But for now this is the best explanation we have: An asteroid impact killed the dinosaurs.

Aside: An asteroid is a huge chunk of space rock. When it enters the earth's atmosphere it's called a Meteor. Now we know!

Watch and learn about the asteroid impact that killed the dinosaurs

It was a Meteor

So now, I can tell my son a bit more about how the dinosaurs died out. His dinosaur scene this morning had a T-Rex being made extinct by a Meteor so he got that bit right!

He really enjoyed learning more about how the extinction happened. And also watching video reconstruction of the meteor hitting the earth.

Make your own Meteor Science Kit

Don Lesson is a dinosaur expert and children's book author> He's done a great job on this book. We have it in hardback and it's much bigger than I expected when I ordered it.

It's packed with amazing dinosaur pictures and lots of information. My nearly four year old loves to look at the pictures and my five year old likes trying to read the information (though even I struggle with some of the tricky dinosaur names!)

There's plenty of detail here to hold older kids attention too so I expect we'll be using this book for a few years.

The Most Complete Dinosaur Reference Ever

T-Rex Dinosaur (Tyrannosaurus Rex)
The T-Rex dinosaur is one of the best known prehistoric carnivores. Find out all about Tyrannosaurus rex.

Lego Dinosaurs 2012
There's a new Lego Dinosaurs range for 2012. The range includes dinosaurs and people living at the same time and some of those dinos look scary!

I Hope you Enjoyed Learning About the Dinosaur Extinction

Thanks Paul. I should have taken a photo, but unfortunately the meteor struck before I was properly awake. :-)

Lovely way of covering the story and I especially liked the opening - maybe you could get Lego World to build that scenario for your son! :-) 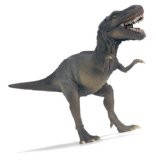 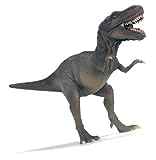 A look at some seashells you may see on Florida beaches with photos of my own personal finds.
86%  13   7 cazort
Nature