The T-Rex dinosaur is one of the best known prehistoric carnivores. Find out all about Tyrannosaurus rex.

T-Rex to his friends

The Tyrannosaurus rex or T-Rex dinosaur is one of the best known dinosaurs in popular culture.

In this article we'll get to know T-rex a bit better. My son loves playing with his T-Rex toys and learning facts about his favorite dinosaur so I thought I'd share what we've learned.

A T-rex for your bedroom?

Why is T-Rex so Popular?

So why is T-Rex so popular?

Well, one of the reasons is that T-Rex lived mostly in North America. Everyone likes a local dinosaur so T-Rex became very popular in the US and spread through Western culture. I'm from the UK and T-Rex is better known here than many of our British dinosaurs.

Another reason is that T-Rex is a big meat-eating carnivore. This makes him very popular with children, especially small boys like my son who thinks Tyrannosaurus is the best dinosaur ever.

T-Rex was also one of the last dinosaurs to live. There were Tyrannosaurs walking the earth at the time of the dinosaur extinction. T-Rex is well represented in the fossil record so scientists have found many near complete specimens. So we know quite a lot about T-Rex compared to some other dinosaurs.

And finally, Tyrannosaurus rex sounds really cool as a dinosaur name doesn't it! And T-Rex is a nice simple abbreviation that even little kids can say.

T-Rex is the Best Dinosaur

My preschooler son thinks T-Rex is the best dinosaur ever. Mostly because he was a big meat-eating carnivore. He likes the carnivores best of all and loves to see a Tyrannosaurus with lots of sharp teeth showing!

My son not unusual in being fascinated by Tyrannosaurus, he's one of the most popular dinosaurs with kids and has been for many years.

Tyrannosaurus is a genus of theropod dinosaur. The species Tyrannosaurus rex, commonly abbreviated to T. rex, is a fixture in popular culture. It lived throughout what is now western North America, with a much wider range than other tyrannosaurids. Fossils are found in a variety of rock formations dating to the Maastrichtian age of the upper Cretaceous Period, 67 to 65.5 million ...

One of our favorite T-Rex Clips

A brilliant clip from the BBC series Walking with Dinosaurs. This is one of our favorite T-Rex clips. It shows a mother T-Rex going on a hunt to feed her babies.

T-Rex - attack of the dinosaur - BBC

Is T-Rex the Best Dinosaur?

Look at those teeth!

Dinosaur Shoes for Kids
Dinosaur shoes for kids are a great option for dino fans. We've got a range of styles including slip-on and lace-up shoes and high top boots.

We hope you learned something about T-Rex

Those terrible teeth are so scary! I am fascinated by the dinosaurs.

Zhenyuanlong suni is the formal name since July 16, 2015 for Sun Zhenyuan’s f... 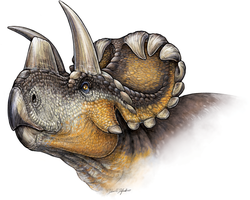 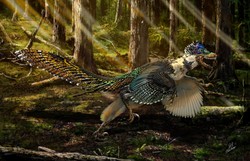