Ninjago Destiny's Bounty - Lego 9446 is the big dragon ship in the Ninjago 2012 snakes theme. And it comes with two of the very cool snake minifigures.

Ninjago Rise of the Snakes

Ninjago Destiny's Bounty is a big dragon themed ship that Sensei Wu and the Ninjas use in battle against their enemies - first Lord Garmadon and then the snake people. This is a large set, not quite as big as the Ninjago Fire Temple, but pretty big and with 6 minifigures including some of the new snakes - you get two of the blue Hypnobrai snakes with the Destiny's Bounty (careful they can hypnotise you!) 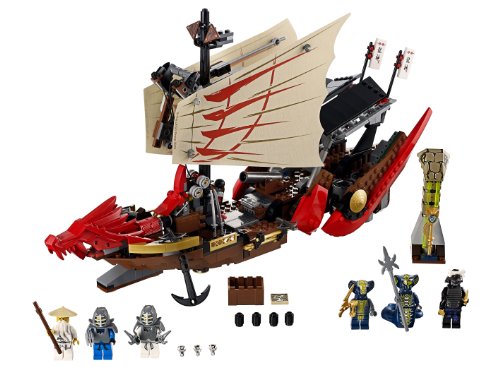 The Ninjago Destiny's Bounty set is the big set for the early 2012 Ninjago wave, it follows on from the Ninjago Fire Temple which won the Activity Toy of the Year award at the American International Toy Fair 2012.

This is a very cool ship which plays an important role in the Ninjago story. The ship converts from a sea vehicle to a flying ship with a simple movement - very cool.

You also get a small Hypnobrai snake shrine. The shrine is very neat in its own right - it has blocks with brickwork details and also an amazing snake head on the top.

You also get 6 minifigures with this set including two of the brilliant new snake figures from the Hypnobrai snake tribe.

The set has 684 Lego pieces so it's a pretty big set. It's recommended for kids aged 8-14. But younger kids will love this set if someone is willing to help them build it.

The Kendo armor is a very nice addition to the Ninjago theme. It makes Jay and Zane look quite different from the original and DX figures.

You get Lord Garmadon in this set because it's the crossover point between the Lord Garmadon being the main enemy and the ancient snake tribes taking over as chief troublemakers in Ninjago. (Lord Garmadon appears to Zane in a dream on Destiny's Bounty and gets defeated by the green ninja.)

General Skales and Slithraa are just brilliant - these are some of the best Lego minifigures ever. General Skales is the one with a tail - only snake generals have tails. 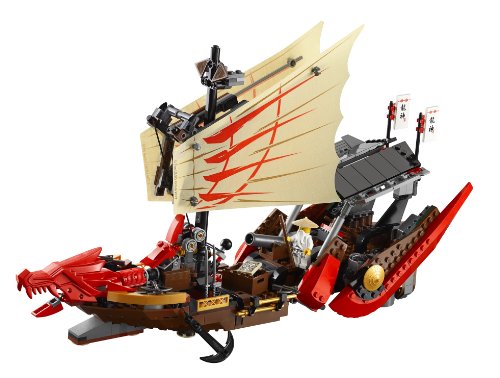 The Ninjago Destiny's Bounty Ship itself is of course the main part of this set. The completed ship is over 16 inches long so it's pretty big with plenty of room for minifigures. The ship has a brilliant red dragon figurehead. It has a cannon shooter so you can fire canon balls at enemies. You can raise and lower the anchor. There's also hidden treasure on board which my be protected from the enemies. The main feature of the ship is that it can transform from a sea-faring ship and become an air ship. This is achieved with a simple lever - you don't need to rebuild anything. This means kids can quickly switch between the two modes as their adventure progresses.

Buy the Ninjago Destiny's Bounty Ship at the Lego Store

The Lego Store can be a good place to buy the Ninjago Destiny's Bounty as they often have exclusive sets, deals and free gifts.

Collect all the Hypnobrai Snakes

New Lego Sets 2012
2012 is an amazing year for Lego. We've got the Ninjago Snakes theme, Lord of the Rings and the Hobbit Lego, a Lego Star Wars Game, Lego Friends and lots more.
Updated: 02/16/2012, TerriRexson
Thank you! Would you like to post a comment now?
2

Thanks Sean. We live and breathe Ninjago round here!

Your review is much better, clearer and succinct than Lego's own version. They should hire you. Excellent work. 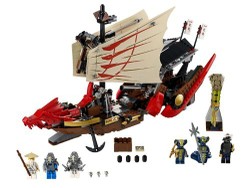 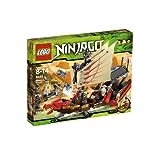