The Venomari are one of the 5 snake tribes of Ninjago. Find out all about them and which sets you can collect Venomari minifigures and spinners in.

The Venomari are one of the tribes of snake people introduced in the Lego Ninjago 2012 story.

Find out all about these acid green Serpentine enemies of the Ninja heroes.

And find which Lego Ninjago sets you can get to build your collection of Venomari minifigures, spinners and story locations and vehicles. Then you'll be able to play Spinjitzu Venomari style and tell the story of these acidic snake people.

The Venomari Tribe of Ninjago

The Venomari are one of the five Serpentine tribes of snake people in the Lego Ninjago world.

These snakes are acid green in color and resistant to toxic snake slime.

How do you pronounce Venomari? You can listen to the video to hear it. Say Venom first: Venom-ar-ay. But pronunciation is not necessarily consistent throughout the Ninjago world!

LEGO Ninjago 9447 Lasha's Bite Cycle is a new Venomari set for Summer 2012. You get the Lasha from the Venomari snake tribe with his very snakey Bite Cycle vehicle.

Also included in the set is Cole ZX.

You also get the Blacksmith forge and a selection of weapons including the very important Venomari fang blade with green anti-venom capsule.

As a General, Acidus has a snake tail on his minifigure.

This is the big set for the summer featuring The four-headed dragon and the four original ninjas in their ZX armor.

You also get The Great Devourer - the beast that the Serpentine have been collecting the fang blades to release. You get two snakes from the Constrictai tribe too.

Venomari warrior Spitta appears in his own spinner set. Spitta has a lime green body and dark green snake head with fangs. 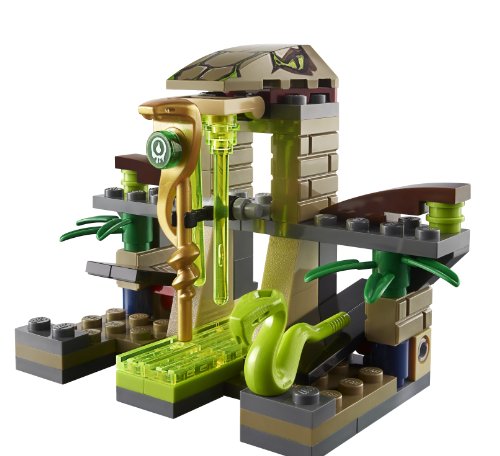 The Venomari Shrine is a great little starter set for the Lego Ninjago 2012 snake theme.

You don't actually get any Venomari minifigures in this set but it's important to the Venomari story.

The set includes Zane ZX. Zane must retrieve the golden Venomari staff with its anti-venom.

He must avoid the trap with the two Venomari snakes - these are actually Toxic Viper weapons according to Lego.

The set also has toxic snake slime which the Venomari are resistant to, but which Zane must avoid. 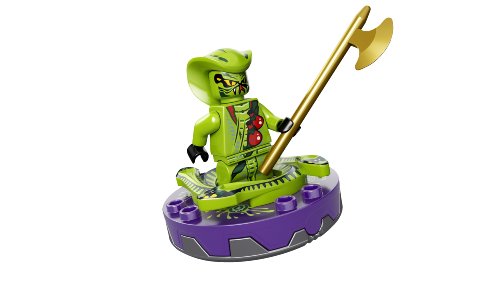 Lasha is a scout from the Venomari Tribe. Scout is a low rank in the Serpentine tribes.

Lasha has a cobra-like head.

You can find Lasha in his own Spinjutzu spinner set. He comes with a purple crown and a very cool green snake crown.

He comes with one golden weapon and two other weapons including a toxic viper. 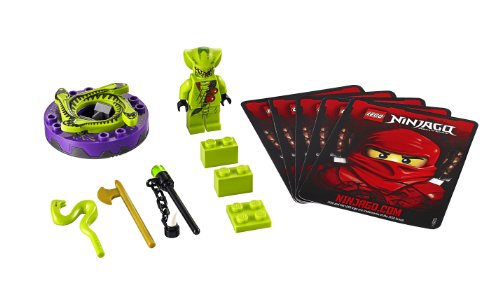 The Toxic Viper weapon is one of the weapons included with Lasha - it's the bright green snake staff. This weapon makes its victim hallucinate - they need anti-venom to recover.

Where to Find out More about the Serpentine

The 2012 Ninjago Graphic Novel #3 Rise of the Serpentine provides more details on the 5 Serpentine tribes of Ninjago.

It tells the story of how the Sepentine came to be a threat to Sensei Wu and his ninja Kai, Jay, Cole, Zane and um, the green one. Oh and Nya too.

Lizaru is a Venomari warrior who is due to appear in 9557 Lizaru a booster pack in September 2012.

Ninjago Constrictai Snake Tribe Sets and Story
The Constrictai are one of the five snake tribes of Ninjago who have returned to challenge the ninjas. Find out all about them and which sets they are in.

Ninjago Fangpyre Snake Tribe - Sets and Story
The Fangpyre snake people feature in the Ninjago 2012 Rise of the Snakes theme. Find out all about them and how to collect Fangpyre minifigures and spinners.

Ninjago Anacondrai Snake Tribe Sets and Story
The Anacondrai were one of the five Ninjago snake tribes. Find out all about them and the Ninjago sets which include Anacondrai.
Updated: 05/20/2012, TerriRexson
Thank you! Would you like to post a comment now?
3

Do you know someone who like the Ninjago Venomari? 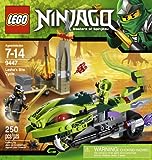