A selection of the best ninja costumes for boys. Lots of costume ideas for kids who want to dress up as ninjas.

A ninja is a cool costume idea for boys from preschoolers through to tweens and teens. A ninja is stealthy and wears a martial arts costume, often with a dragon motif.

A team of ninjas (or ninja) makes a great group costume idea for a group of friends who want to go trick or treating together. Choose costumes in a variety of colors and practice your ninjutsu moves for an impressive effect. You can also add lots of fun toy ninja weapons to accessorize a ninja costume.

Oh and yes, girls can be ninjas too and they can certainly wear any of the costumes featured on this page, but you can also get ninja costumes for girls.

The classic Ninja costume is an all-black martial arts uniform with a head-scarf that just has an opening for the eyes. The ninja is highly skilled in martial arts and stealthy. He is a trained spy and has many skills in addition to combat.

The Gungfu authentic ninja costume comes in child sizes from a height of 4'6'' though to tween and teen sizes and adults too. It makes a great Ninja Halloween costume.

This uniform is also known as Shinobi shōzoku and is worn for the martial art of Ninjutsu practiced by Ninjas.

To be really authentic you can add black Japanese tabi boots with a split toe (available separately.)

Red is my older son's favorite color and he will always choose a red costume if one is available.

So I've included this red Ninja costume. It includes red pants and a hooded red top with a skull design.

You also get the black face scarf, waist sash and arm and ties to complete the costume.

Are you looking for a ninja suit that will stand out from the crowd? This Cyclone Ninja Costume is a bit different.

It includes a gray ninja jumpsuit, a tabard vest with attached cape, two shin guards and two gauntlets - all with a cyclone design and a  fabric hood and mask.

The red and yellow tabard with the cyclone design is very striking.

This costume comes in sizes 7-8 and 10-12 so its a good option for bigger kids and tweens who want to be ninja.

Ninjago Costumes
For Ninjago costumes to dress up as Kai, Cole, Zane or Jay.

Some kids will want a specific color for their Ninja costume, or a costume that looks just like their favorite Ninja character.

You should find a good selection of ninja costumes with a buy it now option as well as used and new ninja costumes that you can bid for to try and get a bargain. Make sure you remember to check shipping costs.

It's worth looking for kids ninja costumes on eBay to find the perfect ninja outfit for your child.

What Did Ninjas Wear?

So what did Ninjas really wear? Ninjas (or ninja) were ancient Japanese warriors skilled in the martial art of ninjutsu.

Ninjas were known for their stealth. Actually there would have worn whatever clothes were suitable for their mission. They might have worn ordinary Japanese clothes if they needed to blend in to a crowd. Or they might have worn dark clothes for a night-time mission. Or dressed as a Samurai warrior to disguise their real intent.

It is thought that the all-black costumes come from Japanese theatre where, by convention, black characters could not be seen. Stealthy ninjas therefore came to wear all black.

But today everyone recognises a martial arts suit with a head covering showing only the eyes as a ninja suit.

You could try dressing as a Samurai and telling everyone you're a ninja on a secret mission, but that option is more complicated!

Dress Up Storage for Children's Costumes
A selection of storage solutions for children's costumes. Have you built up a big collection of kids costumes with lots of bits and need to organize them?

Ninja Party Supplies and Ideas
My favorite Ninja-themed party supplies and ideas for hosting a Ninja birthday party. My boys love Ninjas so this is a popular theme in our house!

Ninja Costumes for Girls
A selection of cool ninja costumes for girls. I've included ninja accessories she'll love too. Ninjas definitely are for girls too!

Ninjago Gifts - Books, Watches, Storage and More
Lots of gift ideas for a kid who loves Ninjago. Did you know you can get lots of Ninjago-themed products like a watch, keychain or chapter book.

Ninja Hoodies for Kids
A selection of very cool Ninja hoodies for kids from toddlers and preschoolers to tweens and teens.
Updated: 03/08/2012, TerriRexson
Thank you! Would you like to post a comment now?
2 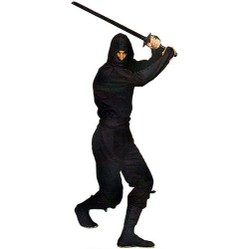 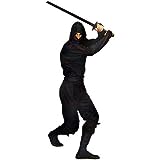