Rollin Revisited: The Shiver of the Vampires (1971)

The late, great Frenchman Jean Rollin was one of the most unique horror directors ever. Here is a review of his third feature film. 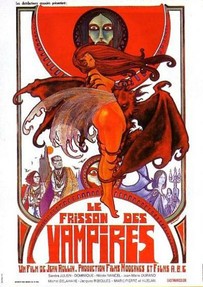 I’d like to say that “The Shiver of the Vampires” (“Le frisson des vampires”) is the first “real” Jean Rollin movie. Yes, his first two movies featured vampires, eroticism, castles and that certain, lyrical Rollin atmosphere, but the debut “The Rape of the Vampire” was more or less av experiment, while “The Nude Vampire” played like a spaced out adventure yarn.

“The Shiver of the Vampires,” which is one of Rollin’s most well-known movies, is different; it’s much more melodramatic -- and even more surreal. The story follows the newlyweds Antoine and Isle who are on their way to Italy for their honeymoon. They decide to pop by a small villagers on the way to visit Isle’s two beloved cousins, but when they get there and they ask for the way to the castle, a woman informs them that the cousins had died just the day before and that the only ones in the castle now are the two servants, who still live there.

Antoine and Isle go there anyway. They’re greeted by the servants -- two pretty girls -- who say that they have a room ready for their guests. Isle says she’s upset by the death of her cousins and therefore wants to sleep alone. What then follows is one of the most famous scenes in Jean Rollin’s oeuvre: Isle strips naked and is about to go to bed, when a grandfather’s clock in the room suddenly opens up. Inside it is the very slim vampire woman Isolde. This is quite a striking image. Isolde climbs out of the clock and immediately seduces Isle -- and then bites her and sucks some blood.

The next day, Isle feels weak. She wants to stay in the castle. What also happens is that two more characters suddenly show up; two vampire men who turn out to be Isle’s cousins. They claim that the villagers are lying, they didn’t die a couple of days earlier. Antoine doesn’t believe them, though, and he also spies on them and sees them performing bizarre rituals along with Isolde. Isolde keeps visiting Isle, popping up in the most unexpected ways: from behind a bed, out of a chimney …

At the end, Antoine saves his wife and runs away, carrying her in his arms. The two cousins follow and they end up on a beach; one of Rollin’s trademark locations. The sun goes up and kills the cousins -- and Isle, who’s become a vampire. In the final scene, Antoine is running on the beach, shouting “Isle, I love you!”. 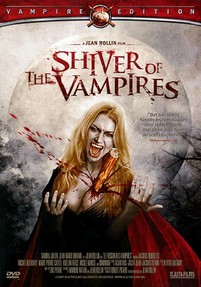 “The Shiver of the Vampires” has been called The Ultimate Hippie Vampire Movie, and maybe it is. Isle is wearing her wedding gown during much of the movie, while Antoine is dressed in a suit, but the rest of the characters sure look like hippies. The movie also features a weird, psychedelic rock soundtrack that adds a lot to the atmosphere, and the feeling that this is a hippie flick.

This movie features everything we’ve come to expect from a Jean Rollin movie. The crumbling castle is pretty amazing, there’s a moody cemetery, and scenes are often lit in candy colors, even if they take place outdoors. There’s nudity and lesbian vampires. The plot really doesn’t make much sense -- but it’s not supposed to. The reason Isolde enters from that grandfather’s clock is that it makes for a strange, unforgettable and very atmospheric scene. In another scene, Antoine enters a library and is attacked by the books. Nobody in the movie behaves like real people, nobody talks like real people. “The Shiver of the Vampires” could work just as well as a silent movie. The dialogue is very sparse, except for a couple of scenes where the to cousins have long, long philosophical expositions.

People looking for a regular horror movie should go elsewhere. “The Shiver of the Vampires” is far from a regular horror movie. I wouldn’t say it’s a horror movie at all, despite the vampires. It does feel like a nightmare though, the images are haunting, but it’s not scary or shocking -- unless you’re a prude. This is a 95 minute mood-piece. Surreal, fascinating and sexy. It doesn’t look like anything else and can only be compared to other Jean Rollin movies; a genre of its own.


Would you too like to write for Wizzley? ClickHERE for more information! 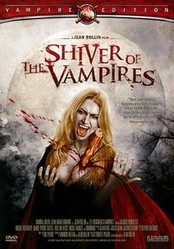